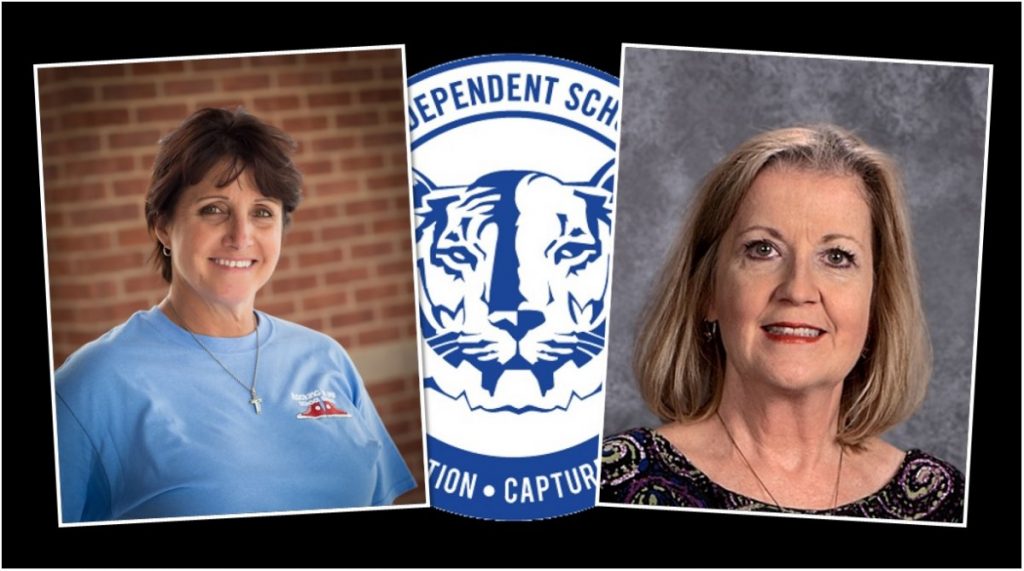 Frenship Independent School District is honored to announce that two teachers – Connie Pfanmiller from Frenship High School and Karen Moorhead from Legacy Elementary – have been selected as winners of the Beaumont Foundation’s 2017 Newton Excellence in Education Award as part of the Foundation’s ongoing commitment to support education.

“I extend my congratulations to (Pfanmiller and Moorhead) and the Frenship Independent School district on behalf of the Beaumont Foundation’s Board of Directors and staff,” said W. Frank Newton, Beaumont Foundation President and CEO. “They were chosen from an impressive collection of nominations submitted by schools throughout Lubbock County.”

Pfanmiller, an English teacher at FHS, has served the students of FISD for the past 23 years. Her classroom is described as a hands-on learning environment with much student-centered discussion and activity, and her ultimate goal is to help students dig deep and become critical readers and thinkers, skilled writers, and better human beings in general.

Moorhead, also a 23-year veteran teacher at FISD, teaches Dyslexia and is an English as a Second Language Interventionist at Legacy.

Pfanmiller and Moorhead will be honored during the Beaumont Foundation Awards Gala on Wednesday, May 10 at Texas Tech University’s McKenzie-Merket Alumni Center. Their recognition includes a $10,000 award.

According to the Beaumont Foundation website, the awards were created to celebrate and recognize superior contributions of teachers whose leadership and dedication inspire a spirit of learning.  The program provides public recognition and financial rewards to educational professionals who are furthering excellence in education.

In the eight years of the Newton Excellence in Education Award’s existence, Frenship ISD teachers have won 18 of the 24 available awards: