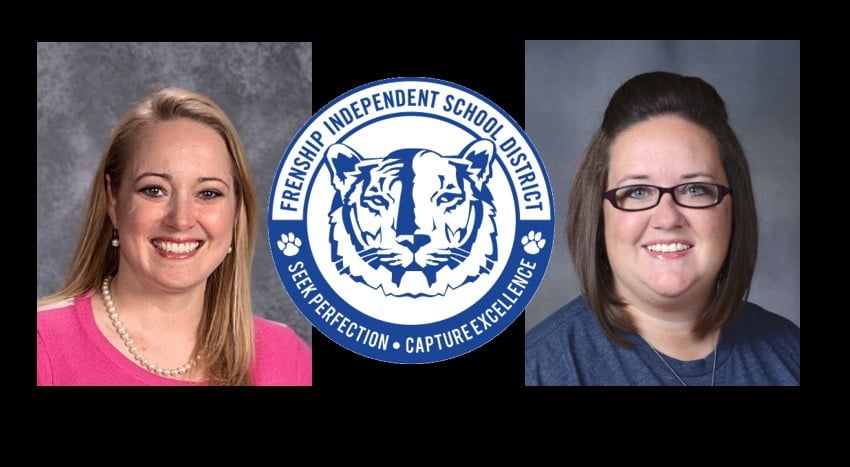 Both Baker and Reeves were selected from a collection of impressive teacher nominations from the Lubbock region.

Baker, a Business Marketing, Leadership, and Communications teacher at FHS, has served FISD for the past nine years. Along with her excellence in leading in the classroom, she also serves as the DECA faculty advisor.

“Mrs. Baker is not driven because of the accolades or the recognition she receives; she is driven by the love and hard work of her students,” says Greg Hernandez, FHS principal.  “She truly believes in students and everything she does is in their best interest.”

Reeves, a Frenship graduate and 14-year veteran teacher in the district, teaches fifth grade math at North Ridge and serves as a campus UIL academic coach.

“Having a teacher on campus like Wendy reminds me of why I got into the profession,” says North Ridge principal Shannon Morrison.  “In all that she does, she works wholeheartedly with the ultimate goal being to further student success and make each child feel valued and equipped for life’s challenges.”

Baker and Reeves will each be honored during the Awards Gala on Wednesday, May 11 at Texas Tech University’s McKenzie-Merket Alumni Center. Their recognition includes $10,000 award.

According to the Beaumont Foundation website, the Awards were created to celebrate and recognize superior contributions of teachers whose leadership and dedication inspire a spirit of learning.  The program provides public recognition and financial rewards to educational professionals who are furthering excellence in education.

In the seven years of the Newton Excellence in Education Award’s existence, Frenship ISD teachers have won 16 of the 21 available awards: