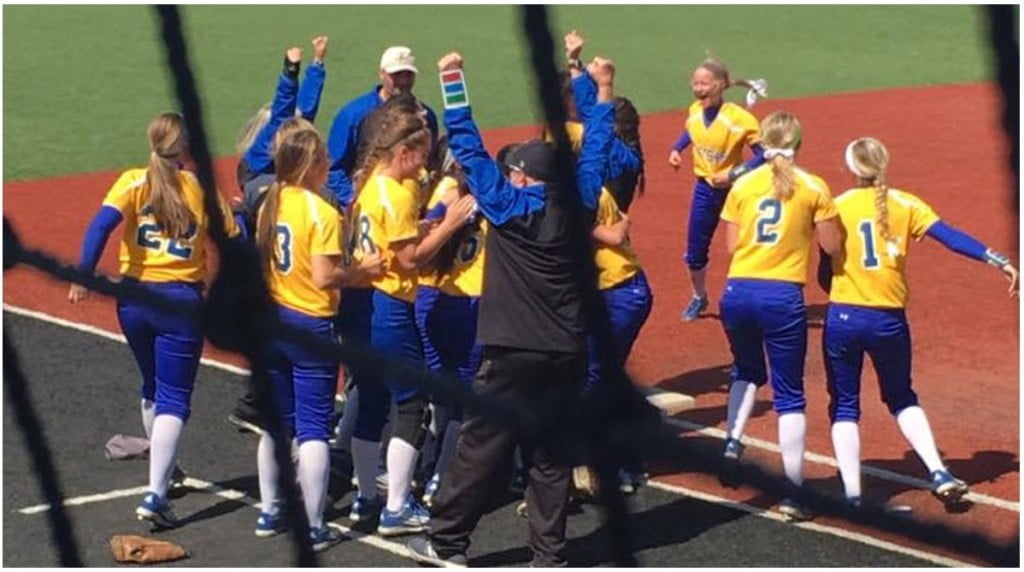 With their regional quarterfinal series and the 2016 season on the line, the Frenship Tiger softball team met the challenge of a seventh inning deficit with three runs in the final frame to overcome the Midland Bulldogs and advance the Sweet 16 of the Class 6A playoffs with a 9-7 win in the decisive game three of the intensity-filled series.

Trailing by one with two outs in the seventh, the Tigers loaded the bases. Felicia Luna was hit by a pitch that gave Frenship the lead for good.

Pitcher Clarissa Gonzales closed the door on Midland in the bottom of the seventh inning to seal the win. She struck out five in a complete game performance – her second complete game victory on the day.

Luna also homered in the fourth inning to lead the team with three runs batted in. McKaley Johnson added three hits in the game and Marissa Maribal added two hits and two RBI.

It ended a day where the Tigers needed two victory to survive and advance – and they did.

After dropping game one of the series on Friday, the Tigers responded with an 11-1 ten-run rule victory in game two. FHS scored four runs in the second and four in the fourth before finishing things off with three runs in the sixth.

In the fourth, Anna Williams hit a two-run double that brought home Hailee Little and Luna. That was followed up by a Gonzales triple that scored Williams.

Luna was once again the hot bat for FHS, going 2-3 with a triple and two runs scored. Maribal and Williams added two hits in the game as well.

Gonzales was masterful in the pitching circle. She allowed no earned runs while striking out five over six innings of work.

The series win moves the Tigers into the Class 6A Region I Semifinals versus Keller Timber Creek. Game one of the best-of-three series is Friday, May 20 at 3:00 p.m. Game two is Saturday at 10:00 a.m. with game three to follow if necessary. All games will be played at Midwestern State University in Wichita Falls.

Class 6A REGION I SEMIFINALS