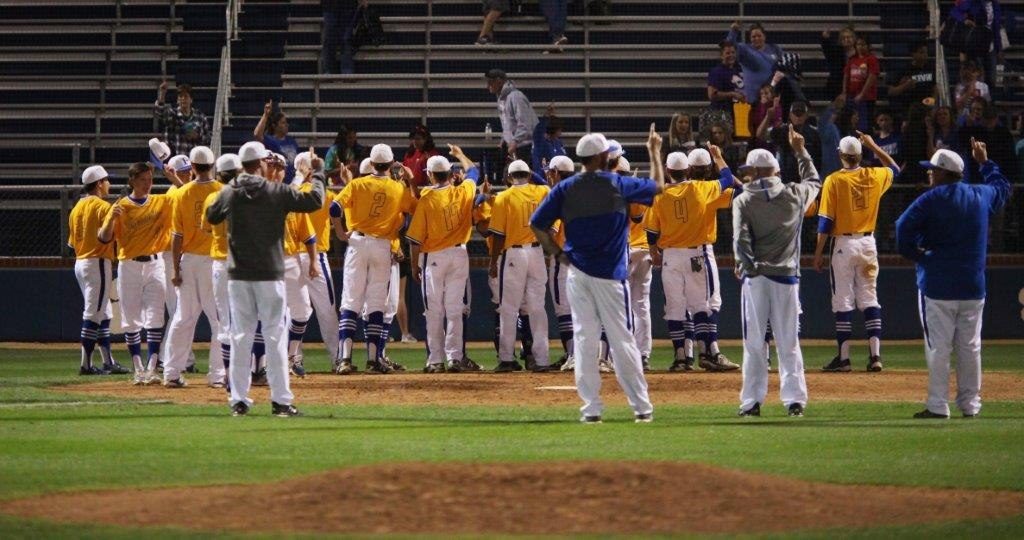 The Frenship baseball squad opened up their 2017 season by making their annual trip to Round Rock for the 2017 Round Rock Classic last Thursday through Saturday. The Tigers split their six games against tough competition from around the Austin area. Below are the game-by-game results from the tournament.

FHS 10, Round Rock Cedar Ridge 0: Brock Erculiani pitched a complete game two-hit shutout with six strikeouts, and the Tiger bats put up five runs in the fourth inning and three in the fifth to seal the five-inning run-rule victory. Landon Everett was 2-3 with a home run and five runs batted in. Kameron Deterding was 2-3 with a double and two RBI, and Justyce Bocanegra was 3-3 with a double and RBI.

Round Rock 6, FHS 0: The Dragons scored five runs in the first inning and kept the Tiger bats silent in a one-hit shutout. Tiger pitcher Conley Green recorded four strikeouts in five innings on the mound.

Austin Anderson 8, FHS 4: The Tigers fell behind early as Anderson scored four runs in the first inning and four more in the second. FHS outhit Anderson in the game nine to seven. Everett and Deterding led the Tigers at the plate with two hits apiece. Aaron Haney had four strikeout on the mound for Frenship.

FHS 5, Round Rock Stony Point 2: Justyce Bocanegra was 3-4 at the plate with two triples and two runs scored, and Kameron Deterding and Bradden Kennard each added two hits in the win. Kennard went the distance on the mound and recorded seven strikeouts.

Temple 4, FHS 1: Luis Nevarez led Frenship by striking out five in five innings of work, but Temple held the Tiger bats quiet in the 4-1 win. Mason Weathers was 2-3 at the plate for Frenship.

FHS 6, Round Rock McNeil 3: The Tigers plated two runs in the third inning and three more in the fourth to open up a lead and get the weekend-ending victory. Landon Everett was 2-4 with three RBI. Zariah Pacheco added two hits and an RBI. Colton Brown picked up the pitching win with three strikeouts in four inning of work.

The Tigers continued the tournament portion of their schedule at the Tournament of Champions this weekend in Midland.