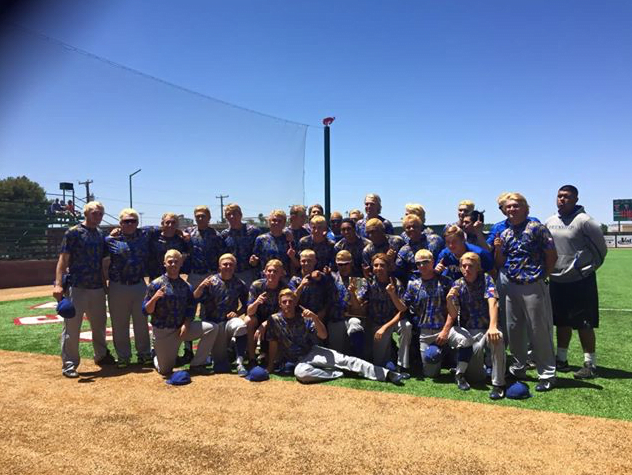 The combination of timely hitting and consistent pitching propelled the Frenship baseball team through a two-game sweep of El Paso Franklin and the Class 6A Bi-District championship last weekend in Odessa.

In Friday’s game one of the series, senior southpaw Koby Claborn led the Tigers to a 9-2 victory. He was 3-for-4 with a home run, double, and four runs batted in. His three-run homer in the fourth gave Frenship a lead they would keep the rest of the way.

Claborn was just as impressive as the Tiger’s starting pitcher, tossing a complete-game while striking out 11 batters and allowing only one earned run.

Frenship blew the game open with a four-run fifth. Hayden Harrison’s RBI single started the run parade that was aided by Franklin errors as well.

The Tigers totaled 10 hits in the game including five extra base hits.

In Saturday’s game two, Frenship put up 12 runs in the opening three innings and coasted to a 15-9 win to complete the sweep.

Kyler Genenbacher lit the fireworks in the first with a two-run home run to get things started.

Kennard led at the plate going 3-for-5 with five RBIs. Armstrong and Claborn each had multiple hit games as well.

Chandler Casey was the winning pitcher, allowing five runs over five innings while striking out three.

The Tigers are now 22-7 and will continue their march in the Class 6A playoffs this weekend when they face off with Weatherford. Game one of the series is set for Friday, May 15 beginning at 11:00 a.m. in Odessa. Game 2 will first pitch 30 minutes after game 1.

Game 3 will be played Saturday if necessary beginning at 11:00 a.m. at Big Spring High School.