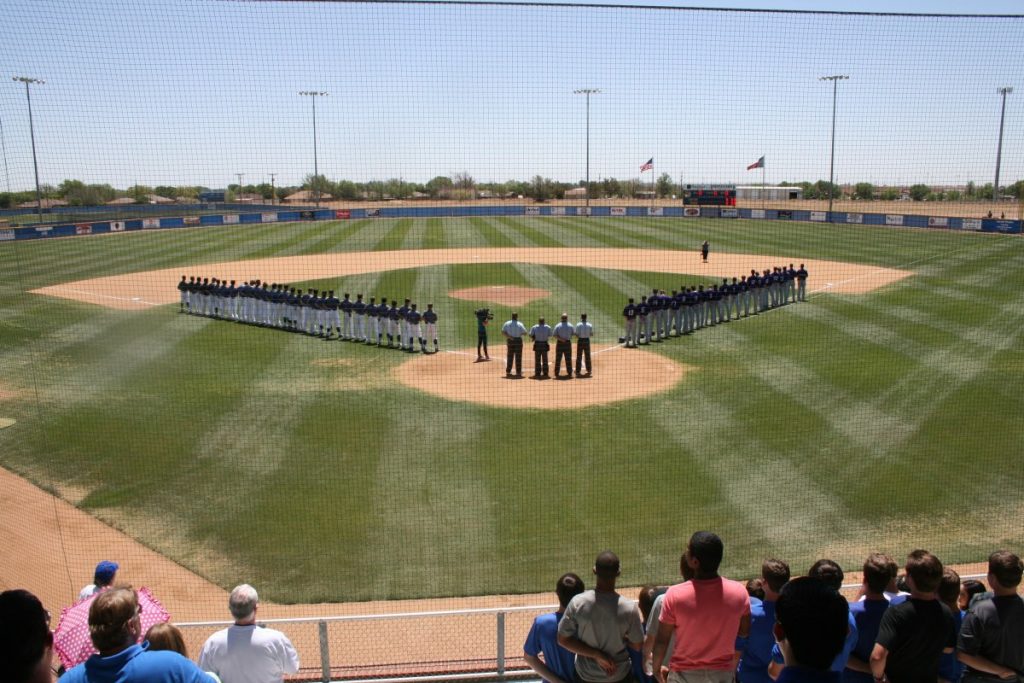 Frenship baseball was on the road for the second straight weekend in tournament play competing last weekend at the Tournament of Champions in Midland. Below are the results for the Tigers:

FHS 4, Odessa Permian 0: In a unique tournament opening game, the Tigers also captured a District 2-6A opening win with a 4-0 shutout of Permian. Brock Erculiani pitched a complete-game two-hit shutout while striking out six and walking one. The Tigers took the lead with two runs in the third inning and added single insurance runs in both the fifth and sixth. Dakota Champagne was 1-for-2 at the plate with two runs batted in. The win was considered a district game so the Tigers are 1-0 in district.

FHS 8, El Paso Americas 3: FHS busted open a 2-2 tie with three runs in the fifth inning and three more in the sixth to capture the 8-3 win. Landon Everett was 2-4 with a home run and two RBI, Bradden Kennard added a home run, and Kameron Deterding was 2-3 with a double and three RBI. Conley Green struck out six Americas hitters for the win and Aaron Haney shut the door for the save.

Lubbock Cooper 2, FHS 1: Justyce Bocanegra was 2-3 with an RBI, but the Tigers could only muster four total hits in the 2-1 loss. Bradden Kennard held the Pirates to just one earned run four hits in his complete game effort.

FHS 9, Lubbock High 8: In a 6-6 tie, The Tigers took the lead for good by plating three runs in the fifth inning. FHS belted 13 hits in the game, including home runs from Landon Everett and Adryane Atkins. Justyce Bocanegra, Mason Weathers, Bradden Kennard, and Brock Erculiani all had multiple hit games. Peyten Kennard was the winning pitcher in relief.

El Paso Montwood 10, FHS 9: After falling behind the Rams 9-0, the Tigers mounted a furious comeback with four runs in the fifth inning and four more in the seventh, but the comeback fell just short in the 10-9 loss. Dakota Champagne and Justyce Bocanegra had multiple hit games. Bradden Kennard added a home run and three RBI.

The Tigers are now 6-5 on the young season and 1-0 in District 2-6A play. They next play in the First Bank Classic tournament this Thursday through Saturday at various diamonds across Lubbock.