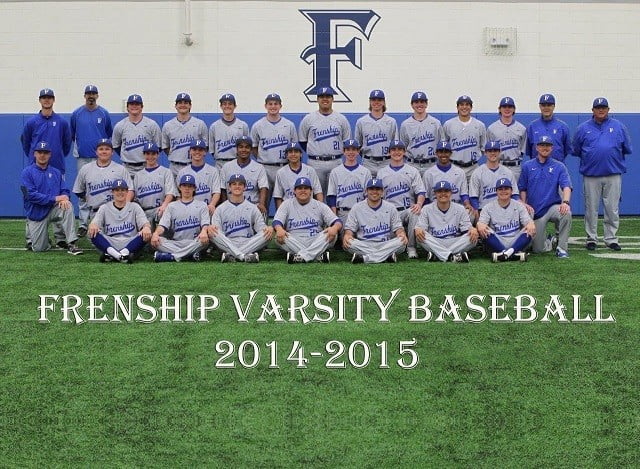 After a shorter than expected outing in the Round Rock Harball Classic due to weather to open the season, baseball was the name of the game last weekend at the Midland Tournament of Champions for the Frenship Tigers.  Below is a look at the Tigers five games from Midland:

El Paso El Dorado 4, Frenship 2: Kyler Genenbacher led the Tiger hitting attack at the plate going 3-3 with a double.  Parker Bingham was a workhorse on the mound for the Tigers. He pitched seven innings and allowed one earned run, five hits and one walk while striking out five.

Midland Lee 7, Frenship 4:  Frenship overcame an early 3-0 deficit by scoring three runs in the fourth inning, but Lee answered with runs in the fifth and sixth innings.  Koby Claborn pitched the complete game for Frenship, striking out three.

Odessa 6, Frenship 4: Conley Green had an impressive pitching performance for the Tigers by allowing zero earned runs and three hits in 3.2 innings of work, but OHS was able to put up five runs in the third inning courtesy Tiger miscues.  Frenship put up three runs in the seventh with an RBI single by Brayden Pyles, a RBI groundout by Brenden Horst and a sacrifice fly by Jake Salyer.

Frenship 13, Odessa Permian 3: The Tiger bats came alive Saturday starting with a 10-run inning versus Permian.  The hit parade included a Bryce Kiser RBI double, a Claborn two-run single, a two-run double by Stephen Tackitt, an RBI double by Aaron Mayfield, an RBI single by Isaac Hill, and another two-run single by Claborn.  Claborn had three hits and five RBIs in the game.

Frenship 10, Richland 3:  FHS put up seven runs in the first three innings to put their final game of the tournament away early.  Claborn added to his weekend with two more hits and three RBIs.  Conley Green put together a nice outing. Richland managed just one hit off of Green, who allowed no earned runs in 3.1 innings.

Frenship now gears up for the Lubbock First Bank Classic March 12-14.  Here is a look at this week’s round robin schedule for the Tigers: