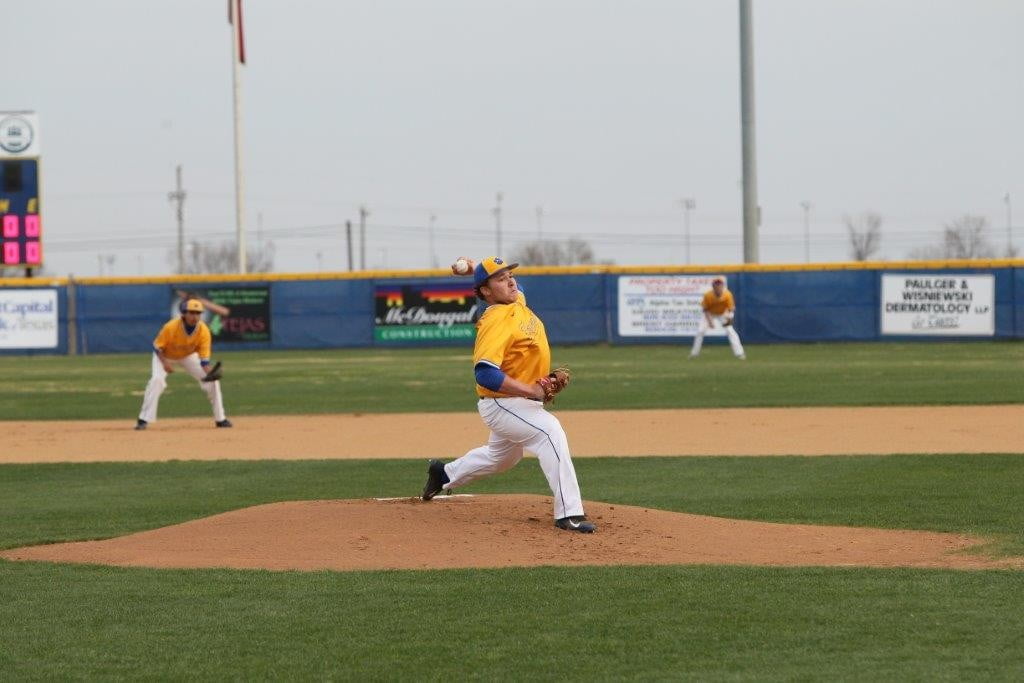 Pitching was the name of the game this weekend for the Frenship baseball team who started District 2-6A play with a two-game sweep of Monterey courtesy two shutout performances on the mound.

In Friday’s series opener, senior Koby Claborn threw a no-hitter leading the Tigers to a 10-0 run rule victory in six innings.  He struck out 11 Plainsmen batters and only walked two on his way to his first no-hitter in his Tiger career.

After a tight game through the first four innings, the Tiger offense scored two in the fifth before the landing the knockout punch with six in the sixth to seal the win.  Frenship had five hits in the sixth inning including an RBI single by Riley Fitzgerald, an RBI single by Claborn, and two-run triple by Tresten Kennard.  Jake Salyer, Kennard, Kyler Genenbacher and Claborn combined for nine hits and six runs batted in.  Kennard finished 2-for-4 with 3 RBIs.  Claborn also added a solo home run at the plate to go with his no-hitter on the mound.

In Saturday’s finale at Moegle Field, Frenship wasted no time as the visiting team by scoring four runs in the top of the first and cruising behind Chandler Casey on the mound to a 6-0 victory.

Genenbacher provided the momentum at the plate with a two-run double in the first. He finished 2-for-4 with 2 RBIs.   Salyer was 3-for-4 and Casey helped his cause by going 2-for-3.

Casey was a force on the mound tossing a complete game shutout, giving up three hits and striking out three.

Frenship added two insurance runs in the third inning to provide the final six-run cushion in the win.

Frenship is now 9-6 on the year and 2-0 in District 2-6A.  The Tigers return to the diamond Tuesday when they travel to Amarillo to face Tascosa.  The same two teams will battle in Wolfforth Friday night at the Tiger baseball complex beginning at 7:00.