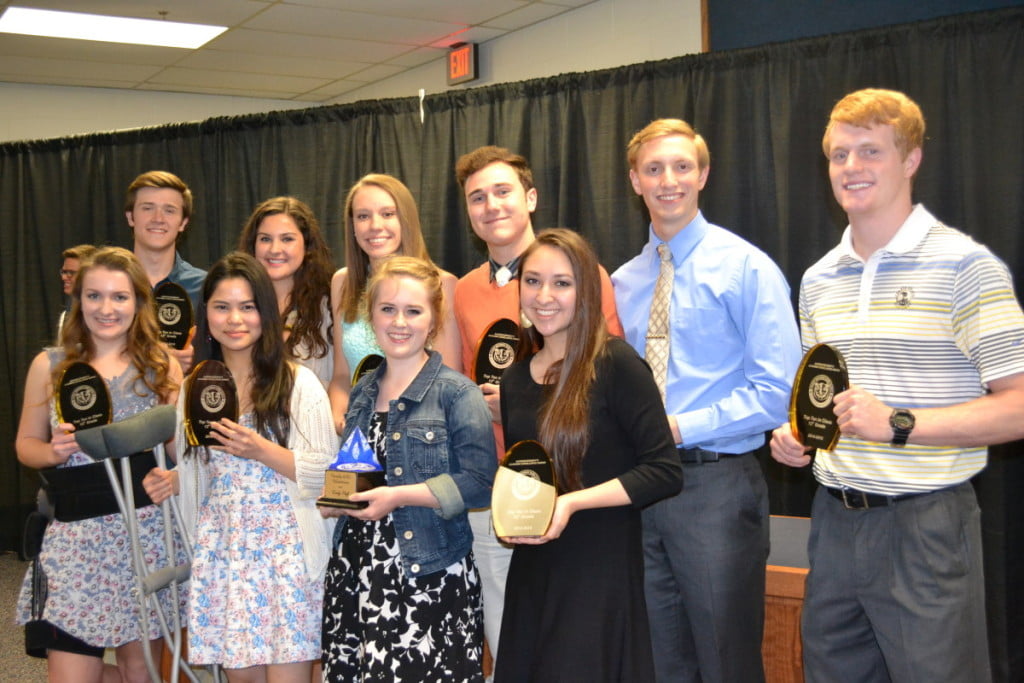 In front of the crowd of 175 attendees, Principal Kim Spicer individually recognized each of the 30 students and also announced the Valedictorian and Salutatorian for FHS Class of 2015.

This year’s Valedictorian is Emily Cluff and Salutatorian is Jessica McGill. Cluff plans to continue her education at Brigham Young University while McGill is set to head east to study at Clemson University.

Dr. Tim Perrin, President of Lubbock Christian University, served as keynote speaker and challenged the students to continue to be great in their endeavors. He quoted a scene from the movie Coach Carter, “Your playing small does not serve the world. There is nothing enlightening about shrinking so that other people won’t feel insecure around you.”

Special thanks to Jostens, Stripes, and School Messenger for their sponsorship support of this event.

Cluff, McGill, and the entire Class of 2015 will be honored during Frenship High School graduation on Friday, May 29 beginning at 7:00 p.m. at the United Supermarkets Arena.

Below is a list of all of the students recognized at the FISD Academic Excellence Banquet: