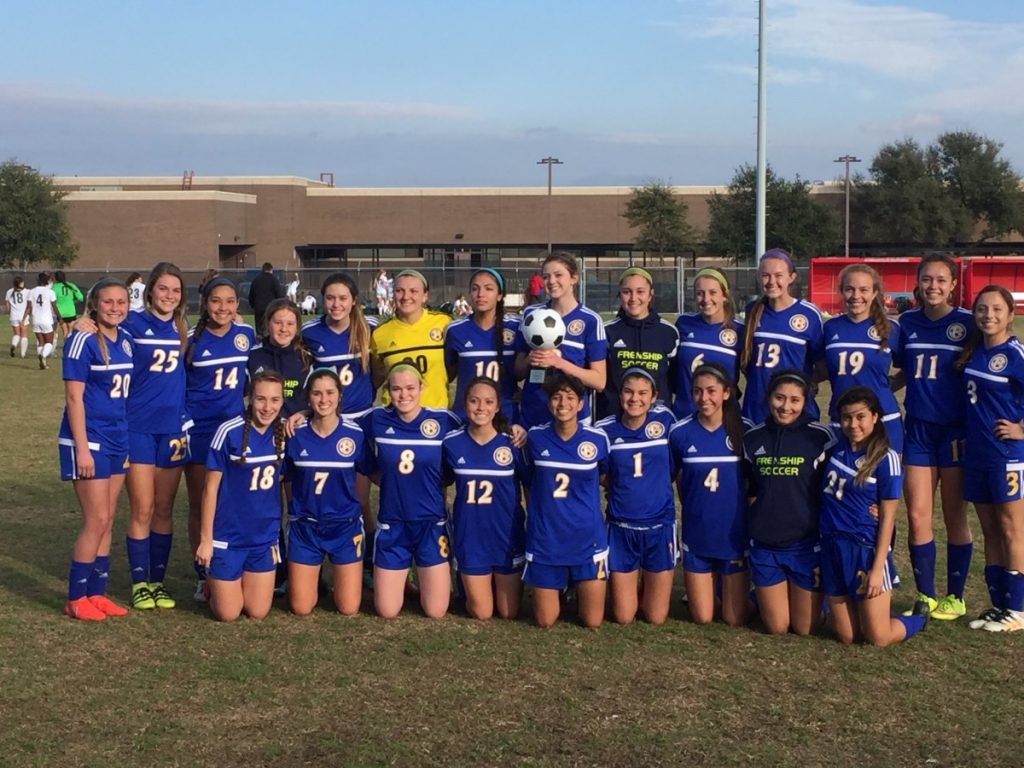 A weekend trip to the Dallas-Fort Worth metroplex proved to be a successful trip for the Frenship girls’ soccer team who claimed three wins and a second place finish in the Duncanville Kickoff Classic.

The Tigers rolled through their three pool play games by outscoring their opponents 11- to qualify for the Saturday’s championship.

In Thursday’s opener, FHS dismantled the host Duncanville Lady Panthers 5-0. After a goal by Chloe Woodard in the eighteenth minute gave the Tigers a 1-0 halftime lead, Frenship scored four goals in the second half to pull away. Allyson Scott’s two second half goals combined with another from Woodard and one from Natalie Jones were part of a 19-shots-on-goal barrage from the Tiger offense.

On Friday, Scott’s goal in the sixteenth minute of the first half proved to be enough in a 1-0 victory against Mansfield Legacy. The Tigers outshot the Lady Broncos with shots on goal counting 14 to 5.

Saturday’s final pool play game was another onslaught of offense from the Tigers who put up 23 shots on goal in a 5-1 win versus district rival Amarillo. Aryal Garcia led the way with two goals while Scott, Woodard, and Madyson Hoel each added a goal apiece.

The perfect pool play record moved FHS into the championship game versus Prosper where offense was at a premium for both squads. After a scoreless first half, the Lady Eagles strung together two goals in a five-minute span to defeat the Tigers 2-0. Frenship only managed four shot on goal in defeat.