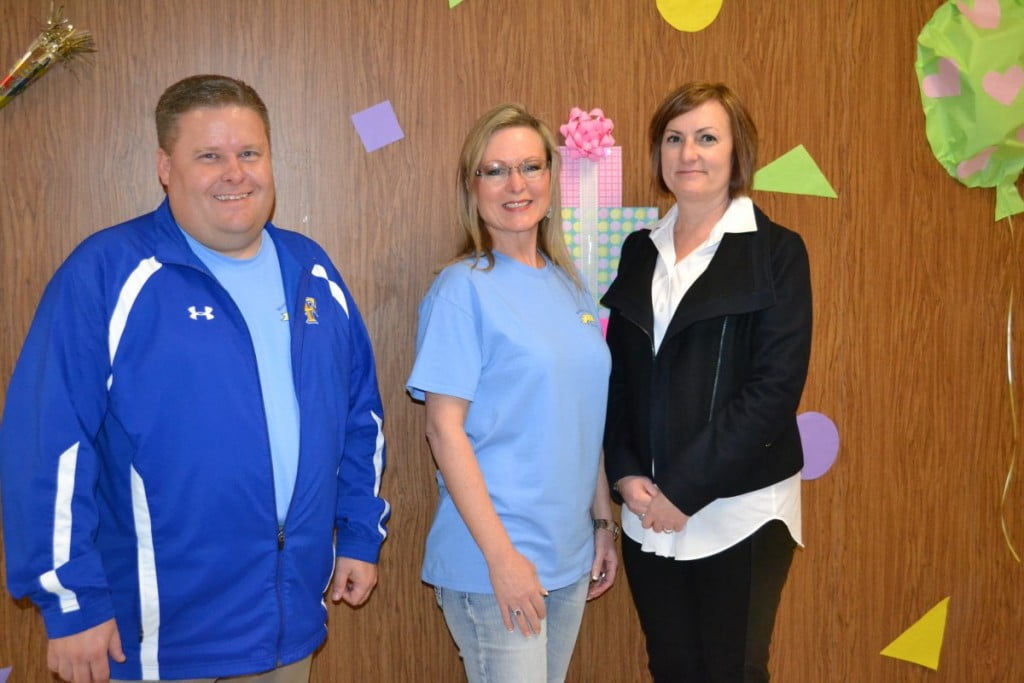 Westwind Elementary celebrated a milestone Friday in the school’s history, 20 years of educating students. A reception was held on campus this afternoon to welcome back previous administrators and staff, and to celebrate the great accomplishments that have been made over the last two decades.

Here is a little history on the campus over the last 20 years. The Westwind campus did not open on schedule, that is why its birthday is in December and not August! For three months, Westwind and North Ridge shared a school at the North Ridge campus. The faculty had separate meetings and every inch of North Ridge was used to educate students. Westwind didn’t have a name until just a couple of months before move-in so the staff called the campus “Flusheville”, named after the first principal of the school Darryl Flusche. The staff even had school shirts printed with the unofficial name on them.

It is hard to imagine, but when Westwind was under construction there were no real roads, only one dirt road that lead to the school.  When staff visited for a tour before completion they had to drive on a dirt road and park in a field.  When Milwaukee was finally paved to Westwind it stopped right after the school going south and remained like that for years. The only directions you could travel from the school on a paved road were north or east.

There were no buildings close by for years.  “Buddy Day” and outside recess were sometimes in a dirt storm since Westwind was surrounded by farm land.  In the spring, if you looked outside, you could rarely see very far  because all of the land to the east, west, and south being farm land.

During all of this Frenship had one elementary Librarian that traveled from school to school and it was former Superintendent Dr. Whitten’s wife.

In the 20 year span of Westwind, it has been under the direction of four principals:

Also in it’s 2o years, seven individuals have remained at the campus since the beginning:

Congratulations on such a significant milestone and to everyone who has played a role in the success of the campus. We can’t wait to see what the next 20 years has in store!

Special thanks to Vickie Benson, Media Specialist at Westwind for providing the historical information for this story.