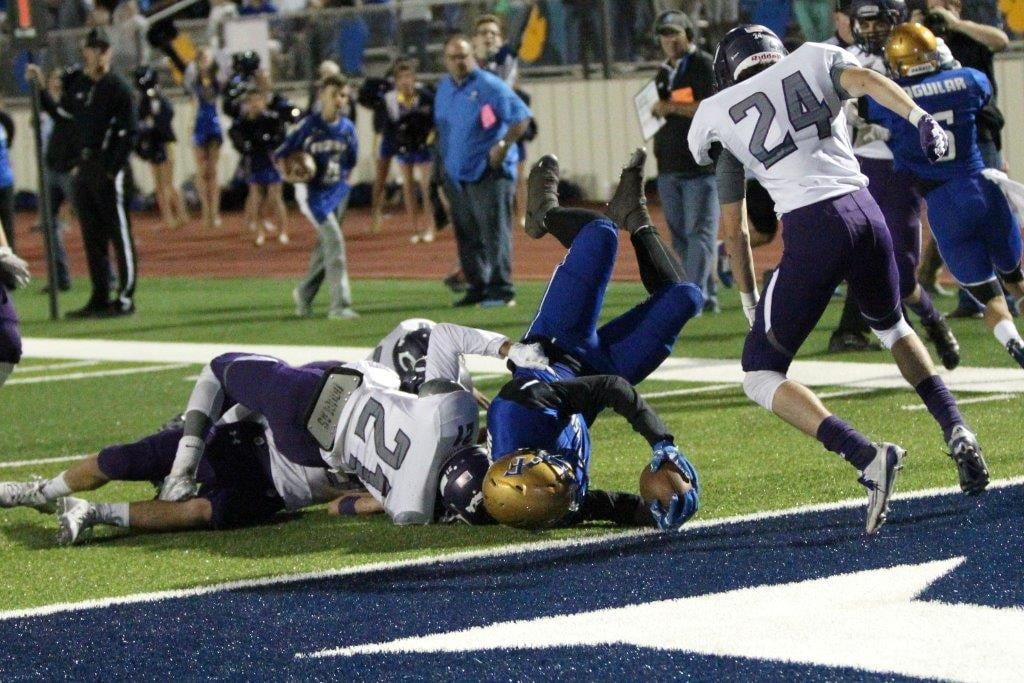 The Frenship Tigers sent their 2015 homecoming crowd away happy on Friday night with another exciting win in come-from-behind fashion, this time beating Clovis 29-21.

Trailing 21-10 late in the third quarter, the Tigers would reel off three consecutive touchdowns and 19 unanswered points to secure the win. It is Frenship’s third come-from-behind victory on the season.

After a Tristen Kennard one-yard plunge pulled FHS to within 21-16 at the end of the third, Ronald Awatt scored a 53-yard touchdown to put the Tigers ahead for good. Kennard would later hit Hayden Harrion from 10 yards out to extend the final margin of victory to eight.

Frenship scored first courtesy a 25-yard field goal by Jared Hallman in the first quarter, but Clovis answered back with a Daulton Hatley to Roland Chavez for a 65-yard touchdown pass.

Frenship answered on a perfectly executed hook-and-ladder from Tresten Kennard to Jordan Mannon who pitched to Awatt. He ran the rest of the way down the Tiger sideline to complete the 80-yard score and give the Tigers a 10-7 lead.

Clovis scored the next two touchdowns courtesy a Chavez 38-yard reception and a Joe Rush fumble recovery for six. Clovis led 21-10, but that is when the comeback began.

Clovis was hindered on offense late in the second quarter when featured running back Micah Gray suffered what looked to be a head and neck injury. Gray had carried the ball 11 times before he suffered the game-ending setback.

Gray lay on the field for an extended period of time while training staffs tended to him. During that time, both teams, players, coaching staffs, and officials all came together in a sign of support. Indicators show that Gray will return to full health soon.

Before the game, Frenship High School announced Ceprecia Crow and Ronald Awatt as the 2015 Homecoming Queen and King.