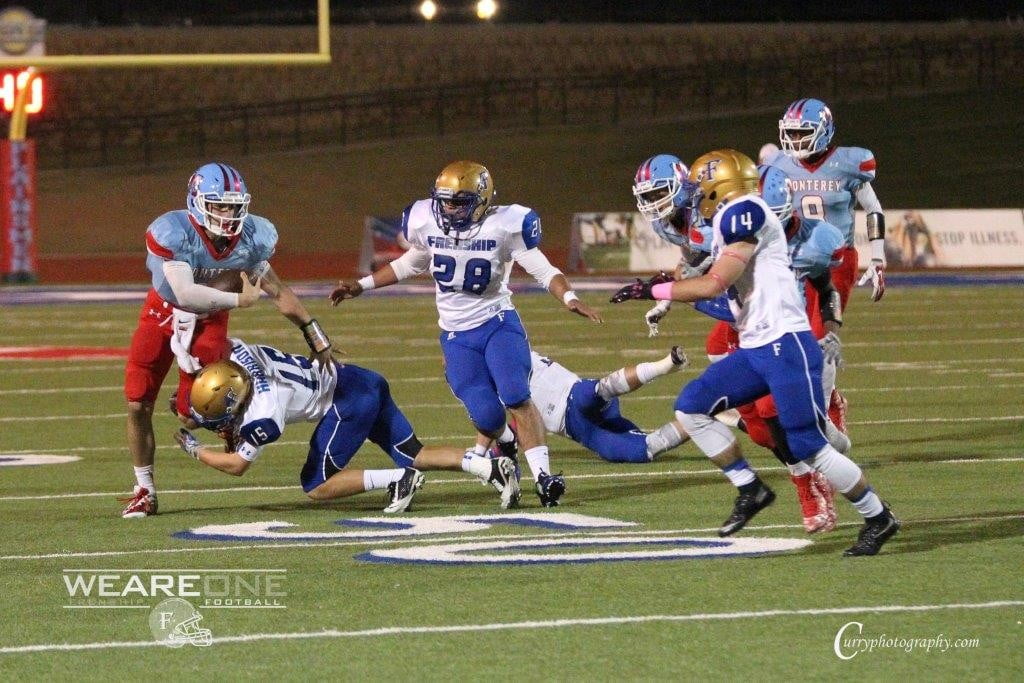 The Frenship Tigers opened District 2-6A play Friday by extending their current district winning streak to 23 consecutive games with an impressive 30-17 victory against Monterey at Lowrey Field.

In a game that looked like it had script of a track meet, both teams scored on each of its first three possessions. Frenship led 20-17 after their three touchdown drives.

First, after a Baylor Mitchell touchdown for Monterey, the Tigers answered on a fourth-and-goal. Tresten Kennard hit Bryce Kiser from five yards out to pull FHS within 7-6. It was Kiser’s first touchdown of the year.

After a Monterey field goal, Kennard then connected with Broderick Harrell for a 66-yard score. Harrell’s first TD of the season gave the Tigers the lead at 13-10.

Ronald Awatt scored on Frenship’s third possession from two yards out to give Frenship a 20-17 lead midway through the second quarter.

Frenship extended their lead thanks to a Zae Johnson 94-yard kickoff return for touchdown to begin the second half. Johnson has now scored a touchdown on offense, defense, and special teams in 2015.

Jared Hallman added a 32-yard field goal in the quarter to extend the Tiger lead to the final margin of victory.

FHS returns home Friday when they host Tascosa (5-1) at Peoples Bank Stadium. The Rebels are playing their first district game after an open date last week. Kickoff is at 7:30 p.m.