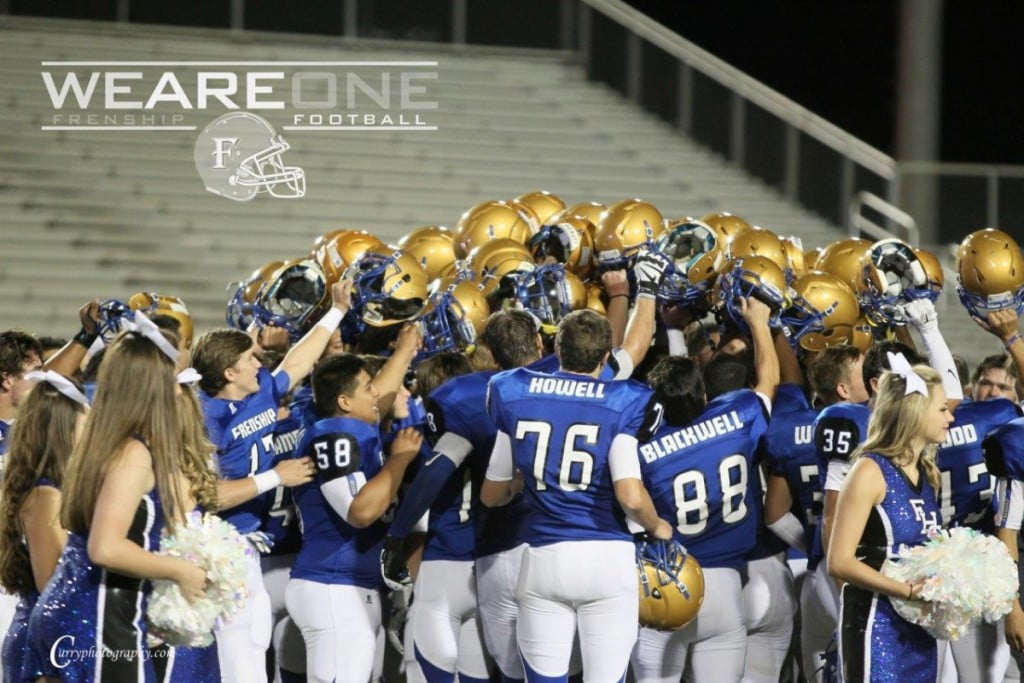 In what has become a storyline played time and time again, the Frenship Tigers came back from a double-digit deficit to capture victory on the gridiron, this time scoring with 1:10 remaining to beat Amarillo High 28-24 Friday at Peoples Bank Stadium.

And the win helped Frenship capture a co-championship in District 2-6A, the program’s fifth consecutive district championship.

Friday marked the third time in 2015 this particular storyline had been played after Amarillo scored on an Anthony Geiger seven yard touchdown run to take a 24-14 lead with 6:55 left to play. But Frenship responded with two touchdown on their next possessions to steal the win.

First, Tresten Kennard connected with Broderick Harrell on a 20 yard pass and catch for a score. Then, after the Tiger defense forced the Sandies to punt, Frenship responded with a 12 play, 66 yard drive that was capped off with a Ronald Awatt five yard touchdown run with 1:10 to play.

Bryce Kiser then intercepted a desperation Amarillo pass to seal the win.