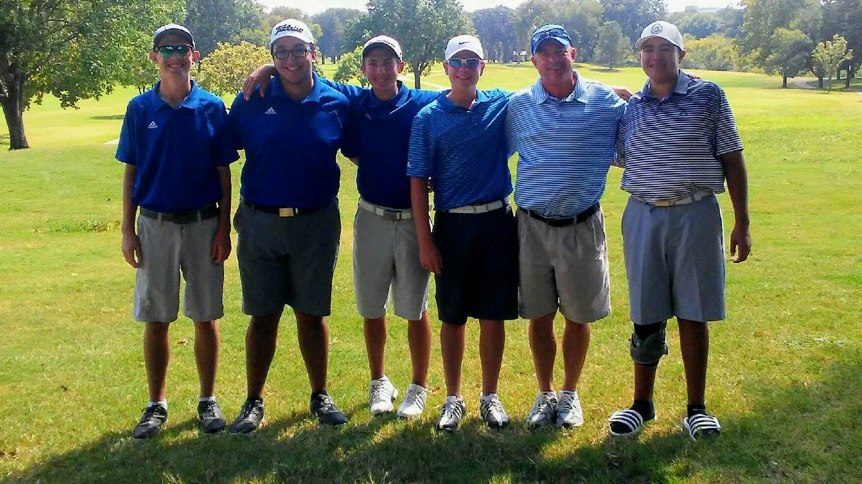 The Frenship boys’ golf team played in the prestigious Bart Granger Golf Tournament at the Pecan Valley Golf Complex in Ft Worth last weekend. The tournament is billed as the biggest and best in Texas with 52 schools playing 54 holes of golf over a two day period. This is the first time Frenship has played in the event.

The Tigers shot a three-round team total of 909 (319, 289, 301), good enough for a 22nd place finish. The one-over par score of 289 on Friday helped the Tigers advance into the Championship Division for Saturday’s final round.

Tiger sophomore Brian Boles was the leading scorer for the Tigers with a three round total of 223. Sophomore Jayce Hargrove was close behind with 224. Freshman Logan Vargas recorded a 229, and seniors Camden Hayward and Zarin Gonzales totaled 233 and 265, respectively.

“This tournament is most unique,” said FHS golf coach Dan McDonald. “It is basically a showcase event for the best 6A schools in Texas with a sprinkling of the top 5A schools included. Often times, there are also schools from California and Arizona in attendance as well.

“Our young guys are competing well in these type tournaments. We had guys under par each day, and the 289 on Friday afternoon opened up a lot of coach’s eyes to our young but talented group.”

The tournament is named after Bart Granger, a member of the 1997 Paschal High School state championship team who died tragically in an auto accident his senior year. This event is widely known as the most competitive high school golf tournament in Texas.

The Tigers are back on the course for their next tournament October 6-7 at Diamondback Golf Club in Abilene.

The Frenship tennis team continues their scorching hot play in district as the Tigers beat both San Angelo Central and Midland Lee over the weekend.

FHS beat Central 13-6 on Friday before sweeping Midland Lee 19-0 on Saturday. The sweep of the Rebels is their second sweep of a district opponent this year.

The team sweep moved FHS to 4-1 overall in district. The Tigers wrap up district on Tuesday, October 3 when they host Amarillo Tascosa.

FHS (10-18, 1-3) hosts Odessa High Tuesday at the Tiger Pit before traveling to Odessa Permian on Friday.

Tiger football will be on the road for the third consecutive week this Friday when the team kicks off District 2-6A play at Odessa Permian.

The game begins at 7:30 from the famous Ratliff Stadium in Odessa. The Tigers enter the contest at 0-4 after falling to Abilene Cooper last week. The Panthers come in at 3-0.