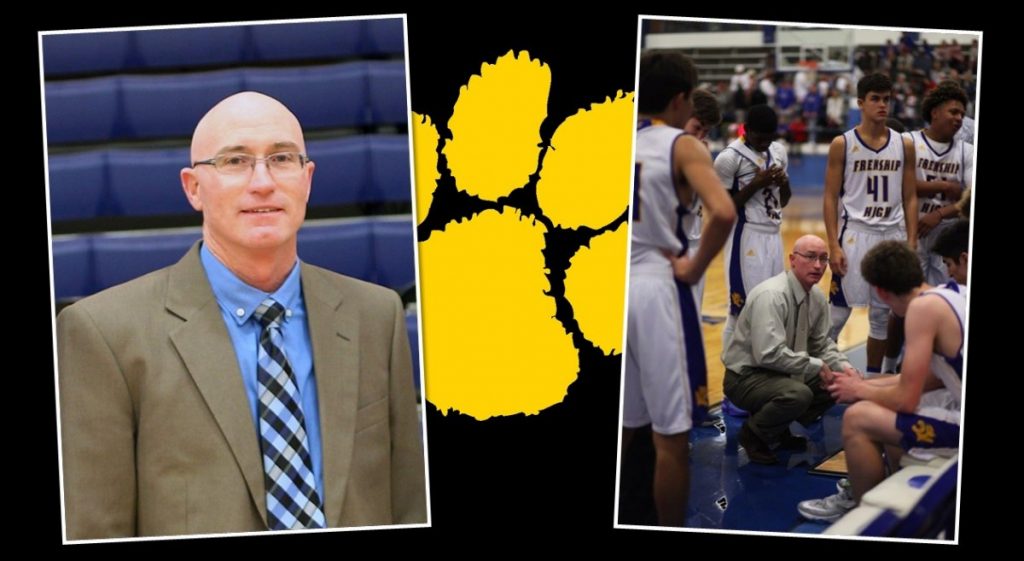 It was an electric Tiger Pit atmosphere combined with tremendous effort by the players in blue and gold that helped propel the Frenship Tiger basketball teams to a doubleheader sweep of Amarillo Tascosa Tuesday night in Wolfforth.

The girls led off the night beating Tascosa with an exciting 54-43 comeback win before the boys battled back to beat the district-favorite Rebels 68-60 in overtime.

In the boys’ game, FHS chipped away at an early deficit to pull even by the end of regulation, and in the extra time, the Tigers were a perfect 8-for-8 from the free throw line to seal the victory.
Bradley Brooks led the way with 20 points, Cooper Howell added 15 and Freddy Hall scored 13.

Tuesday’s win was career win number 300 for Frenship Head Coach Paul Page. Coach Page, in his third year at Frenship, is in his nineteenth year coaching. Prior to FHS, he coached at Rule, Olney and Roby before serving ten years as the head boys’ basketball coach at Seminole.

He’s been selected district coach of the year six times, was awarded the class 3A Don Coleman Outstanding Coach Award by the Texas Association of Basketball Coaches in 2009 and was named class 3A South Plains coach of the year in 2013.

The Tigers (14-8, 1-1) look to carry their momentum from Tuesday to Midland Friday night against Midland Lee. Tipoff is at 7:30 p.m. at Midland College’s Chaparral Center.

In a battle of the district’s final two unbeaten teams on the girls’ side, the Tigers overcame a 5-point halftime deficit and outscored Tascosa 19-9 in the third quarter to take the lead and never look back in a 54-43 victory at the Tiger Pit.

The win puts FHS (20-7) in the District 2-6A driver’s seat with an unblemished 4-0 record and a one-game lead for first place. The Tigers finish out the first half of the district schedule Friday night at Midland Lee. The game tips at 6:00 p.m. at the Chaparral Center.