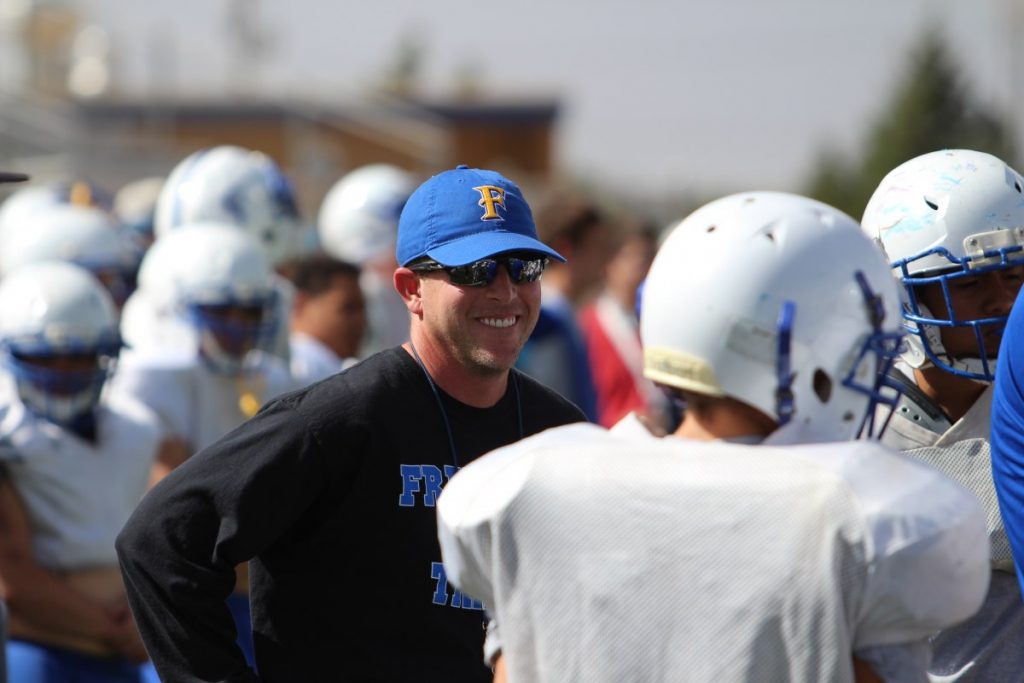 A new season of Frenship Tiger football is here and the Friday Night Lights make their 2017 debut in less than two weeks. Head Coach Jay Northcutt shared his thoughts on the Tiger program as the season opener approaches.

Q: Coach Northcutt, what is the current pulse of the program right now as the season is about to get underway?

A: Right now we have a lot of excitement and momentum that have really carried on throughout the offseason. Last spring was the first time Frenship had done spring ball, and the excitement was certainly evident with the spring game. We then had a great summer and a really good turnout for our Tiger Camp. The kids came in and dedicated the extra time to get better at the skills we need them to be good at. That really allowed us to hit the ground running for fall camp. It’s important to these guys to be good. They take a lot of pride in the program, so they’re excited to go out and show it.

Q:  What can we expect to see on a Friday night?

A: You’re going to see a lot of “Semper Impetus,” meaning “always attack.” It’s going to be a noticeably different style of football. There will be a lot of tempo. It’s very aggressive in all phases of the game. We feel it gives us an advantage because it levels the playing field. It’s easy for the kids to buy into it because it’s fun. I think that’s part of what creates the excitement.

Q: The Tigers first game is next Friday (Sept. 1) vs. El Paso Montwood. How ready is the team for the season opener?

A: It’s just about here. We’ve been going against each other for a long time, and we’re tired of playing Tigers versus Tigers. You know, (defensive coordinator) Coach Ribaudo’s saying for the defense is “think turnover,” which is great for the Tiger D but not so great for the Tiger O! So we’re ready to play.

Q: Is there anything you want to share with the community as the season approaches?

A: The first thing that comes to mind is to keep doing what they’ve been doing because they are tremendously supportive. I can tell that Tiger football is a big deal at Frenship and it’s something the community really gets behind and supports. That excites me as the season gets started.

Frenship’s 2017 schedule can be seen here.