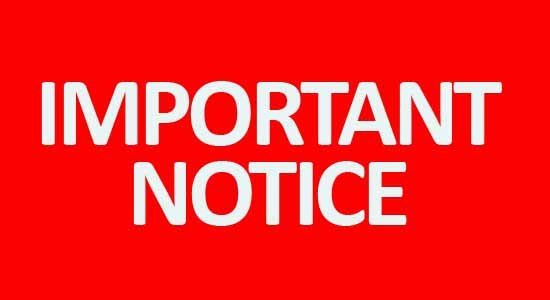 In May 2015, _Yersinia pestis_, the bacterium that causes plague, was identified in dead Piute ground squirrels (_Urocitellus mollis_) reported through the Idaho Department of Fish and Game’s wildlife mortality monitoring program; in June 2015, the Idaho Division of Public Health (DPH) sent an advisory to veterinarians in 4 southwestern Idaho counties requesting that they notify their local public health officials of suspected plague in animals. _Y. pestis_ was not confirmed in any pets during 2015.

Among evaluated animals, _Y. pestis_ was isolated from 6 of 12 cats; 5 of the 6 were from areas in southwestern Idaho where dead ground squirrels with confirmed _Y. pestis_ had been reported in May 2016, and 1 was from eastern Idaho. Among these 6 cats, specimen collection occurred during [31 May-12 Jul 2016; cats ranged in age from 10 months to 14.5 years (median = 4 years), 4 (67 percent) were male, 5 (83
percent) resided both indoors and outdoors, and one resided outdoor only. All 6 cats were domestic shorthair breed and had been neutered or spayed. Fever and lymphadenopathy (n = 4, 67 percent) were the most commonly reported signs of illness. None of the cats had known pulmonary involvement. 3 of the 6 cats were treated with appropriate antibiotics (1); of these, 2 survived and 1 was euthanatized. The 3 other cats had died or had been euthanatized. All 6 cats reportedly had contact with ground squirrels and other wild rodents or rabbits before becoming ill; one had flea control administered before illness onset.

Cat owners, their household members, and veterinary staff were advised to be alert for fever and other plague symptoms (2) in themselves and other pets that might have had contact with the ill cats. Veterinary staff members were reminded about methods to prevent occupational exposure when managing pets suspected of having plague (1). In June 2016, an updated plague advisory was sent to veterinarians in 4 southwestern Idaho counties and 8 eastern Idaho counties. Local public health districts used the Idaho Health Alert Network to enhance situational awareness among health care providers and issue guidance on management and reporting of plague cases. Public communication strategies to raise awareness about the risk for and prevention of _Y.
pestis_ transmission to persons and pets included an online map of plague-affected areas, warnings posted in affected public areas, and press releases advising residents about preventive measures. No human plague cases were reported.

Cat-associated human plague cases, including fatalities, have been reported in the western United States since 1977 (3). Compared with dogs, cats are highly susceptible to plague illness and can transmit disease to humans directly through exposure to respiratory droplets and infectious body fluids associated with bites or scratches (1).
Cats could also carry infected fleas into households. _Y.
pestis_-infected cats usually develop fever, anorexia, lethargy, and lymphadenitis (submandibular in approximately 75 percent of cases); approximately 10 percent of cases are pneumonic (4) and present the most risk to pet owners and veterinary staff members. During 1926-2012, 6 (43 percent) of all primary pneumonic cases of human plague that occurred in the United States had contact with domestic cats (5). No plague vaccine for pets is available.

Veterinarians should consider the diagnosis of plague in pets, including cats, with compatible signs and exposure to rodent habitats, rodents, or ill pets in areas where plague is endemic or epizootic.
Suspicion of plague should trigger the following actions by veterinary
staff: 1) implementation of personal protective measures, including wearing masks and gloves; 2) isolation of the ill pet; 3) assessment of pulmonary involvement; 4) initiation of diagnostic testing for _Y.
pestis_; 5) prompt administration of antibiotic therapy; 6) implementation of flea control for affected animals and the hospital environment; 7) provision of advice on household flea control to pet owner; and 8) notification of public health officials (1). Pet owners can reduce the risk for plague in pets by controlling pet roaming, implementing a flea control program, and minimizing rodent habitats and food sources inside and outside the home. Additional information on prevention of plague is available at <http://www.cdc.gov/plague/prevention/index.html>.

Information provided by the Centers for Disease Control