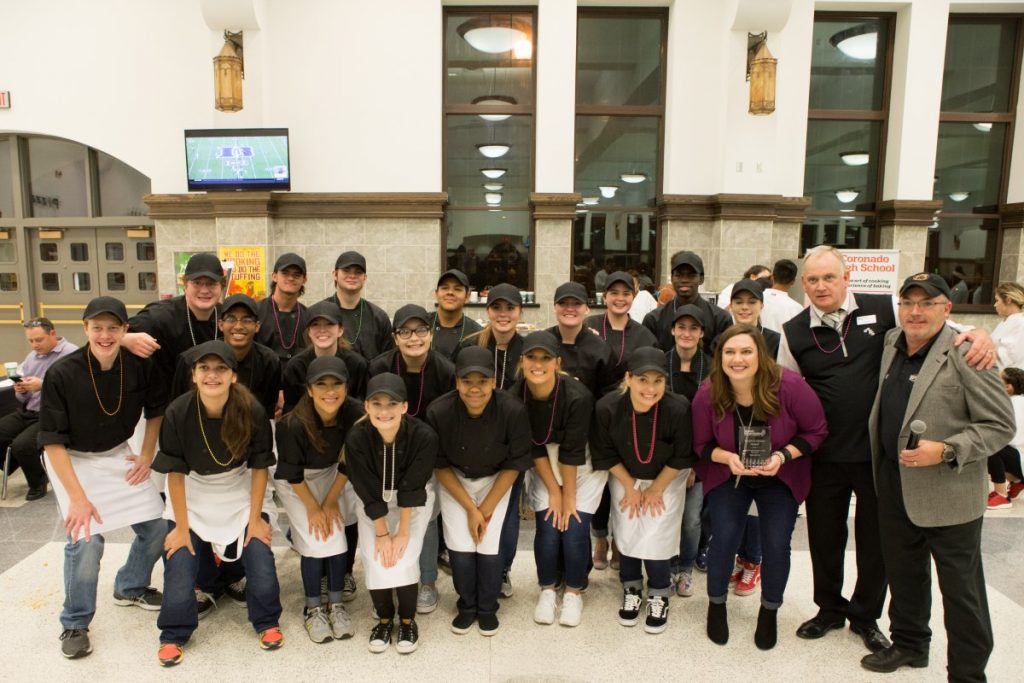 Hosted by the Lubbock Restaurant Association, this was the first year the Culinary Arts program at Frenship High School competed in the showcase.

The People’s Choice award was voted on by those who attended the showcase after trying each school’s menu items.

From the classic Thanksgiving food, to a King Ranch chicken casserole, pumpkin curry, Jambalaya, bacon-wrapped pork and more, each menu item designed by the schools had its own twist and flavor that satisfied everyone’s taste buds.

A popular menu item though was Frenship’s pulled pork, topped with a green apple coleslaw on a sweet roll with a side of southern baked beans and a mouth-watering, caramel apple cheesecake for dessert.

Emily Funk, a Frenship Culinary Arts program teacher, said winning this award was a great honor, especially since it was Frenship’s first time to compete.

“I couldn’t be happier to work with these students and see their hard work pay off,” she said. “It is so awesome for our students to win the People’s Choice award at the 2016 High School Culinary Arts Showcase.”

Seniors McKenzie Koch and Kylie Comardelle both said it was fun for everyone to work together to prepare for the showcase.

“We’re all in this together because of Ms. Funk,” said Comardelle. “We put in so much hard work for the showcase, and it is such an honor to win this award for our Culinary Arts program and school.”

The showcase was hosted by the Lubbock Restaurant Association and were the judges for the event.

Congratulations to all of the schools who competed in the 2016 High School Culinary Arts Showcase!