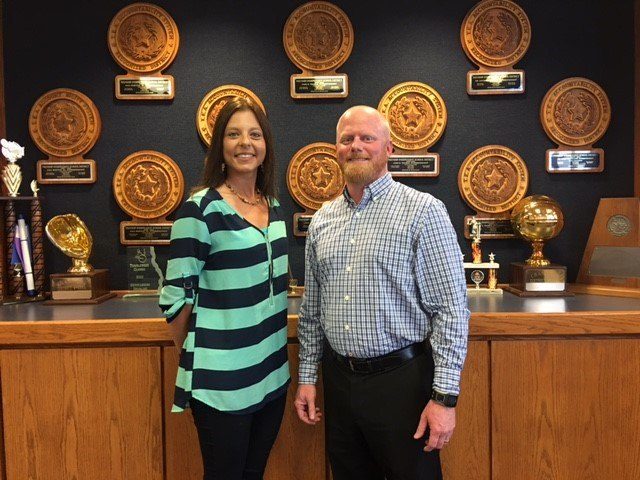 Jeremy Fair, Lara Nelson and Aimee Stroope were approved as new assistant principals during the June FISD Board of Trustees meeting.

All having Frenship roots, Jeremy Fair, Lara Nelson and Aimee Stroope have been hired as assistant principals for Frenship ISD.

The three were approved as assistant principals during the June Board of Trustees meeting Monday evening (June 19) and will serve at Heritage Middle School (Fair), Upland Heights Elementary (Nelson) and Oak Ridge Elementary (Stroope).

Fair, who was formerly an eighth grade Pre-Algebra teacher and coach at Terra Vista Middle School, has been working at Frenship ISD for eight years.

Earning his bachelor’s degree from the University of North Texas, Fair served as a seventh grade math and science teacher for Dallas ISD before coming to Frenship ISD.

Nelson, in her 14th year of education, has worked at both North Ridge and Willow Bend elementary schools as a reading teacher for both the third and fourth grades and as a reading interventionist.

Nelson has worked at Frenship ISD since 2007 and earned both her bachelor’s and master’s degrees from Angelo State University.

Stroope is returning to Frenship ISD for the first time since 2011 after working as a principal for Scharbauer Elementary in Midland.

During her former tenure at Frenship ISD, she worked as a second grade teacher for both Crestview and Oak Ridge Elementary from 2006 to 2011.