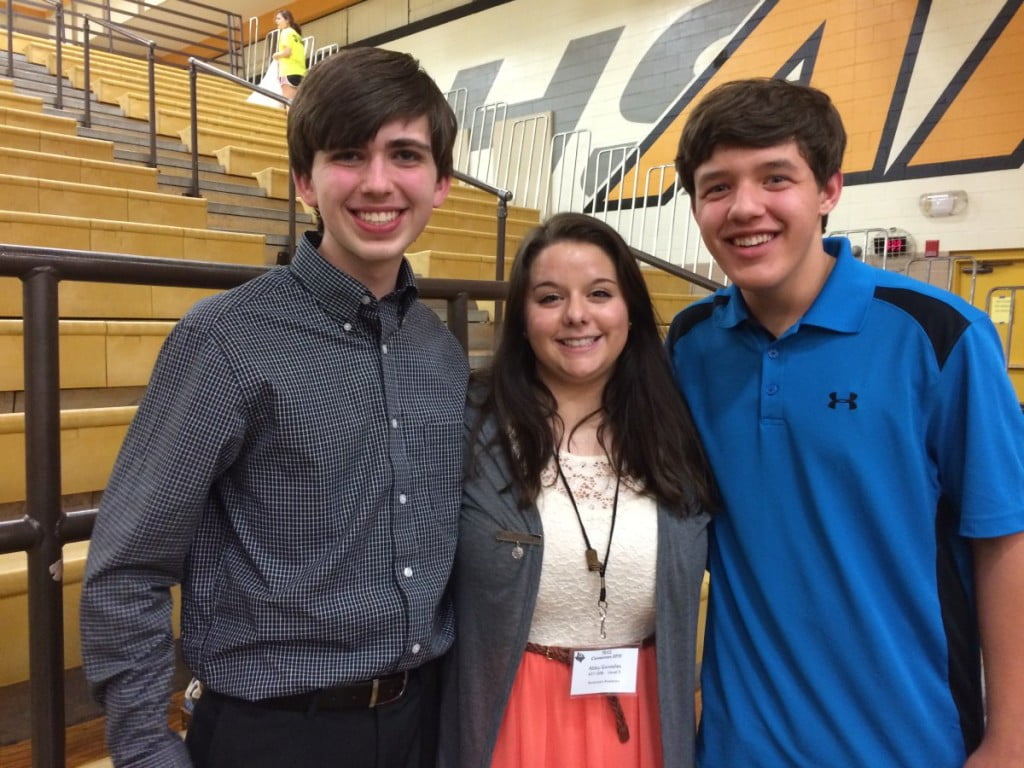 Frenship High School students Christopher Jerabek and Guy Morales will represent Area D on the student officer board for the Texas State Junior Classical League. As Area D co-chairmen, Jerabek and Morales will organize and run the Area D competition which will be held at Frenship High School February 13, 2016. Their first official board meeting will be held in San Antoniothis May.

Jerabek, son of Mr. and Mrs. Jerry Jerabek, will be a junior next year and is already planning for his state post as Area D chair. He also said that he plans to streamline some of the testing procedures for the February 2016 convention.

“I’m very excited to host the Area D contest next year,” Jerabek said. “Over 300 students from surrounding schools will get to see the facilities and hospitality of FHS and its students and parents.”

Morales, son of Mr. and Mrs. Blaine Sexton, will work with the technology staff at FHS and the administration building personnel to develop a program that will grade and rank the student tests.

“Currently, Area D is using the old-fashioned scantron machines for testing,” said Morales. “FHS would like to be the first to use iPads and the main server to speed up the testing process and to avoid mistakes made in scanning and ranking so many students.”

“The Latin program is alive and well at Frenship High School,” said Mrs. Susan Robertson, long-time Latin teacher at FHS. “Year after year, FHS Latin students pursue excellence in the classroom and in the area and state competitions.  Area D competition next year at FHS will undoubtedly be a wonderful experience for all Latin students in the area.”

The National Junior Classical League is a 50,000 member organization for students of classical Greek and Latin.  The state of Texas is divided into five areas, and  Area D includes Latin programs in the Midland, Odessa, Lubbock, and Amarillo areas.