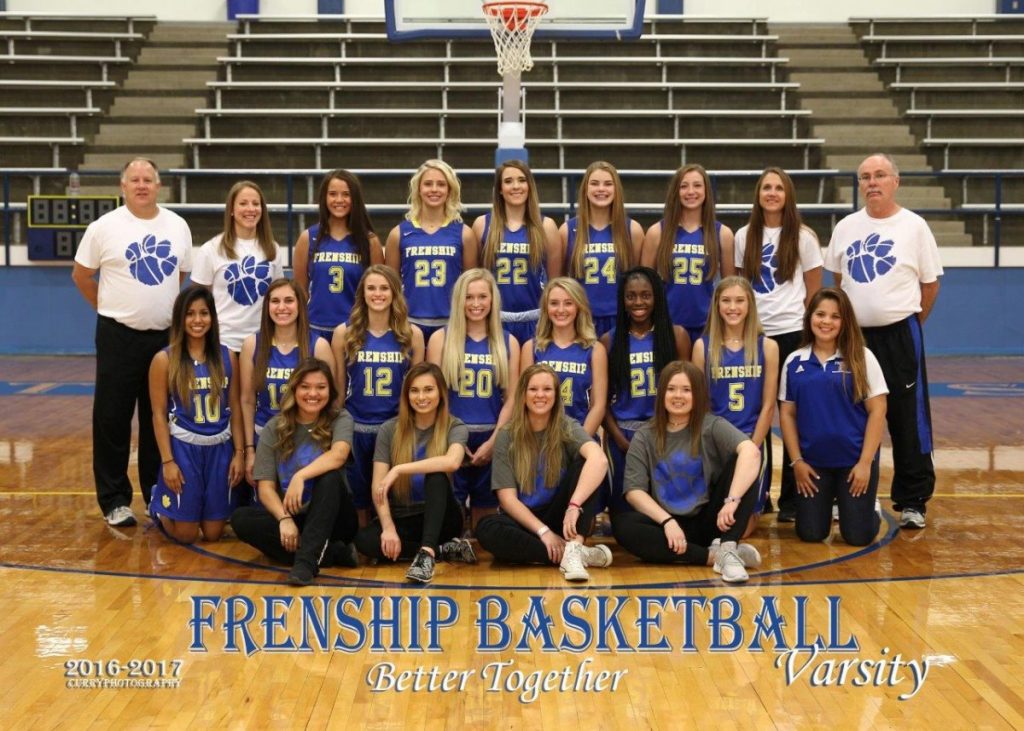 It’s time to tip off a new season on the hardwood for the Frenship Tigers girls basketball team, and there is plenty of excitement around the program as 2016-2017 gets underway. FHS returns a strong group of seven players from last year’s area playoff team that finished 19-15, and add to that five newcomers to the varsity making the Tigers ready to make some noise again this year.

“We have a great mix of experience and new faces,” says Trent Hilliard, FHS Heads Girls Basketball Coach. “We have a lot of kids that are versatile and can contribute in a many different ways. Addison Foster and Margaret Gaydon are both spending their fourth year on varsity and will need to be great leaders for this team.”

Coach Hilliard says the fundamentals of the game will play a large part in this season’s success.

“We are going to be smaller than just about everybody we play this year, so we have to do all the little things well. Defensive rebounding and blocking out will be a huge part of our success as will our ability to create and convert scoring opportunities.”

The new year brings about new opponents for the Tigers when the District 2-6A schedule tips off later this season. Amarillo Tascosa is the only familiar district opponent from year’s past. This is the first time FHS will be in the same district with Midland, Midland Lee, Odessa, and Odessa Permian.

“We are excited about the new district,” Hilliard added. “We will miss getting to play local teams and local rivalry games during district, but feel good about our chances in District 2-6A. Tascosa is the early season favorite in most publications because they have a lot of size coming back. Midland Lee advanced to the Regional Tournament last year and has two starters back from that team. Midland will also be a strong team that has advanced two rounds deep in the playoffs the last few years.”

FHS begins their season Friday, November 4 when they play host to Canyon Randall. The team will also play in three tournaments this season. They will host the annual Frenship Tournament on November 17-19 before traveling to the Burleson Tournament December 1-3 and the Caprock Tournament in Lubbock December 29-31.