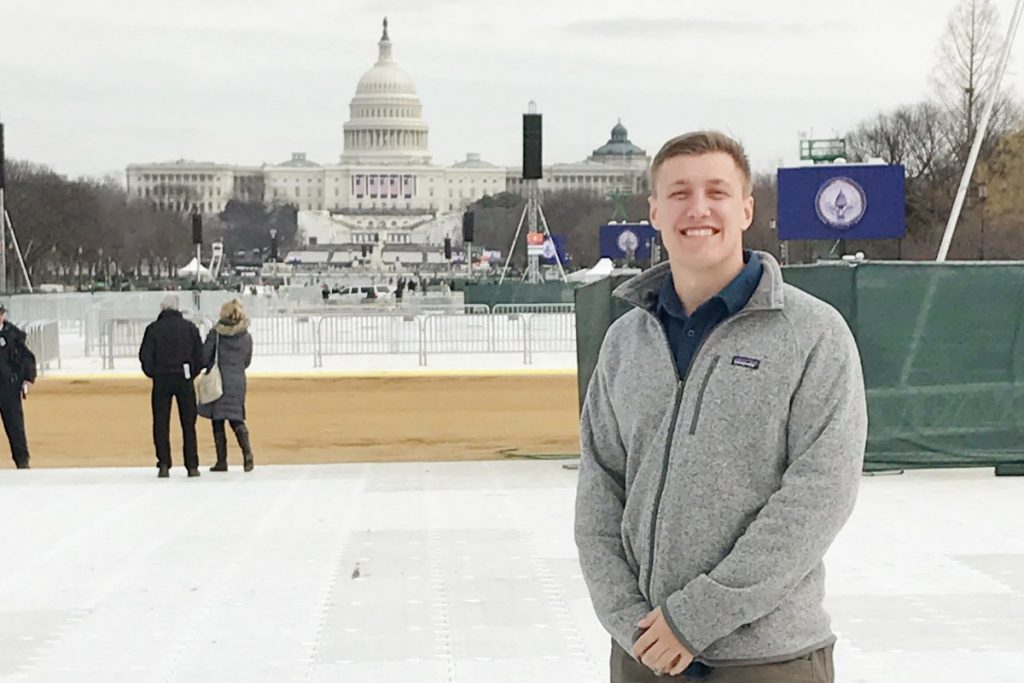 Dee Grimes, a Frenship alumnus and Air Force Academy (AFA) cadet, represented the district and the West Texas region as he and other AFA cadets made the two-mile march down Pennsylvania Avenue during President-Elect Donald Trump’s inauguration Friday (Jan. 20).

A Lubbock native, Grimes graduated from Frenship ISD in 2013 and was accepted into the Air Force Academy where he majored in political science and ran track for the military organization/university.

Grimes said marching in the presidential inauguration was such an exciting time since he has never been to Washington D.C. before.

“When you’re here at the Air Force Academy, you essentially represent your hometown district and high school, as well as the academy,” said Grimes. “I have a lot of pride coming from a place like Lubbock that has such a small-town feel and then to be sent through the academy. It’s such an exciting time.”

During his time at Frenship, Grimes was involved in the National Honor Society, ran on the track team and was vice president for the class of 2013. His whole family represents Frenship’s blue and gold as his mother, Kelley Grimes, is on the FISD Board of Trustees, and his sister Drue graduated from Frenship in 2015. Kelley said she and her husband Marvin are very proud of their son.

“We are very excited for Dee to have this opportunity to participate in the inauguration of our 45th United States president,” she said. “No matter ones’ political affiliation, this is a very historic event and one I know that Dee will remember for the rest of his life.

“He has had so many wonderful opportunities and experiences while obtaining his degree at the United States Air Force Academy.”

Air Force Academy cadets have marched in the inaugural parade for every United States president since Dwight Eisenhower in 1957. The top cadets (2-3) are chosen from each of the academy’s 40 squadrons to make the march down Pennsylvania Avenue.

The cadets  left Wednesday (Jan. 18) for Washington D.C. and stayed at the United States Naval Academy in Annapolis during their trip to the Northeast. While there, the cadets got to visit the Smithsonian museums and all of the memorials.

Grimes will graduate from the Air Force Academy this May with his bachelor’s degree in political science. After graduation, he will be stationed in Salt Lake City, Utah, as an aircraft maintenance officer.