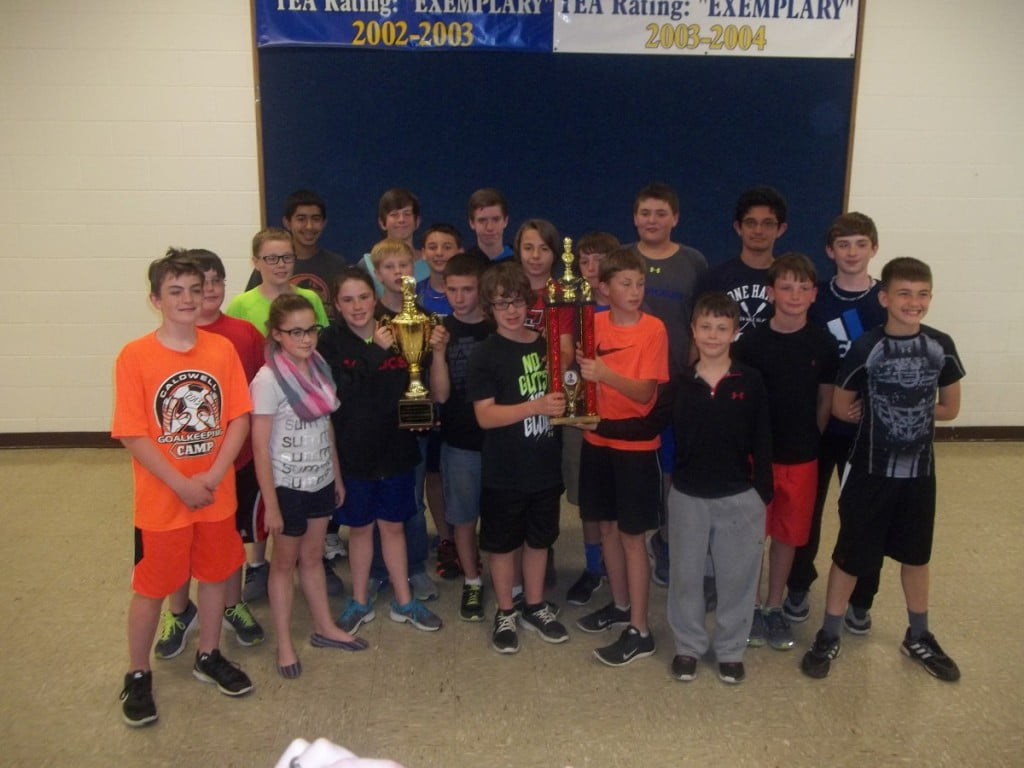 The Frenship Middle School chess team completed their 2014-2015 chess season with a celebration Wednesday at the campus as they were announced the Texas Tech Chess Scholastics Grand Prix Champions for the 2014-2015 school year. The team was also named the top middle school this year after winning four of the five tournaments they played.

FMS finished first out of over 35 schools that participated during the year in the Texas Tech Chess Tournaments. Their championship comes against teams from Lubbock, Frenship, Cooper, Lorenzo, Post, Roosevelt, Slaton, Idalou, Sundown, Amarillo and several private schools from the region.

“I am extremely proud of all of the members of the FMS chess team,” said Mr. Messerschmidt, FMS teacher and chess coach. “All of the players demonstrated true dedication to the team giving their all in all of the tournaments. This has to be the most successful season that FMS chess has ever experienced. They totally dominated their opponents. What makes it more of an accomplishment is that 80 percent of the members are sixth graders, so there lies a bright future ahead.”

On Wednesday, the Texas Tech chess team came to FMS to present the team the Top Middle School Trophy as well as the Grand Prix Chess Champions Trophy. In addition they brought along an International Chess Master to play against all of the chess team members simultaneously. The members of the chess team had a great time.

Members of the FMS chess team are: