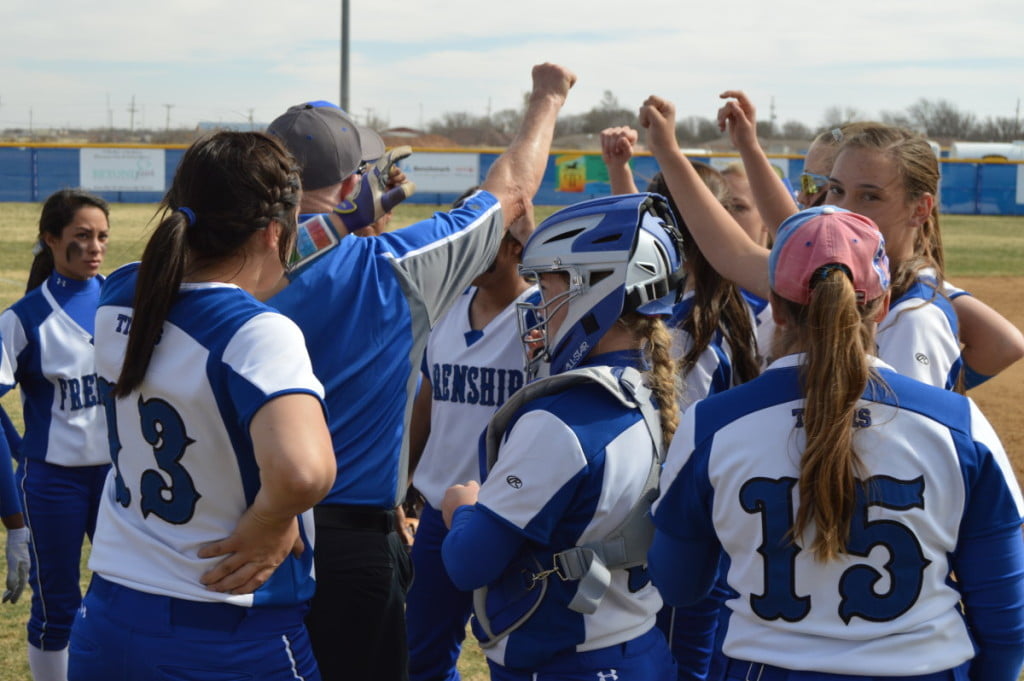 The Frenship varsity softball team gave their home crowd a great showing this weekend during the Fuddruckers Softball Invitational by capturing the consolation championship.  Below is a recap of the team’s weekend on the diamond:

Frenship 9, Levelland 0: FHS scored five in the first inning and four more in the second to take early control of the Loboettes.  Anna Williams picked up the win on the mound with a complete-game two-hit shutout.

Frenship 7, El Paso El Dorado 0: FHS recorded their second consecutive shutout thanks to a one-hit shutout on the mound by Sam Clark.  Haley Thomack led the bats with a two-hit performance.  Frenship scored six runs in the second inning to seal the game’s fate.

Canyon Randall 5, Frenship 3: The Tigers fell to Randall as the Raiders jumped out to a 5-0 lead and held off a late Tiger rally.  Thomack again led the Tiger hitting attack with two hits.

Frenship 7, Abilene Cooper 2: The Tigers’ hot bats led by Addison Jobe and Alyssa Bruce helped the team put up four runs in the first inning.  Clarissa Gonzales went the distance on the mound to get the victory.

Frenship 10, Dumas 2: Sam Clark allowed only two runs on three hits and the while K’Leigh Arredondo and Gonzales led the hitting attack with two hits apiece.  The Tigers scored two in the fifth and five in the sixth to blow open a tight game.

Lubbock Cooper 2, Frenship 1: Gonzales went the distance on the mound and gave up only three hits, but Cooper was able to silence the Tiger offensive attack.  Aredondo led FHS with two hits.

Frenship 13, El Paso El Dorado 2: The Tigers picked  up another victory Saturday with a 13-2 run rule victory against El Paso El Dorado.  The Tigers scored eight runs in the first inning and never looked back.  Jobe and McKaley Johnson led the offensive attack with two hits.  Clark picked up the win on the mound.

Frenship 9, Midland Lee 0: Gonzales went the distance on the mound with a two hit shutout.  Johnson led the Tigers at the plate with three hits.  Jobe and Bruce added two hits apiece as well.

Frenship is scheduled to be back on the home diamond on Tuesday, February 24 when the Tigers host Midland Lee.  The softball booster club will be recognizing members of the FISD community for their contributions to the softball complex renovations.  These renovations include new covered stands, a new sound system, a new backstop with netting, updates to the dugouts, an updated press box, and updated batting cages.  Festivities begin at 6:00 p.m. with first pitch schedule for 6:30.