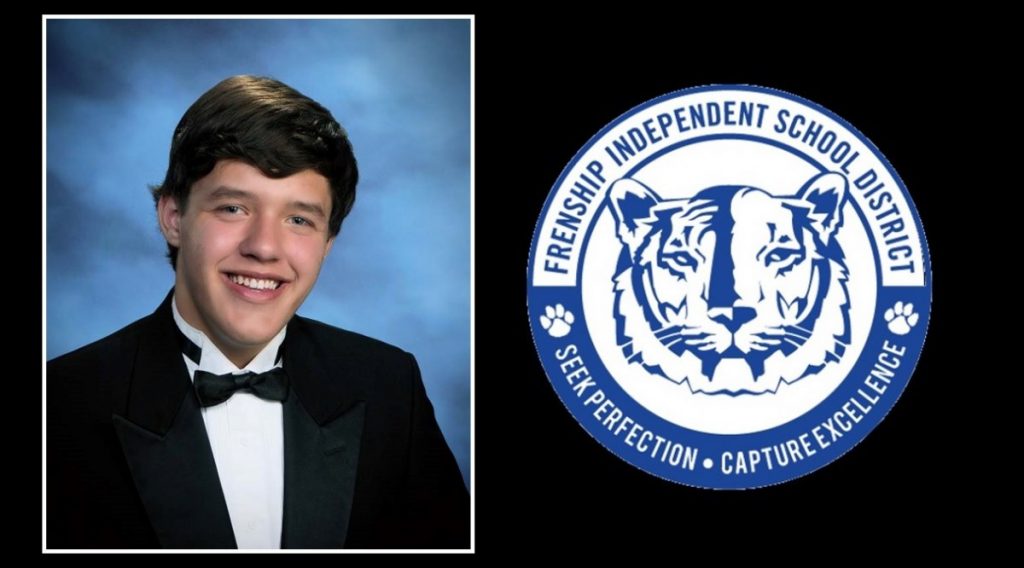 Frenship High School Senior Guy Morales is one of five students in Texas and one of 722 semifinalists in the nation to be named after a total of nearly 5,100 candidates across the United States.

Guy Morales, Frenship High School senior and Mr. FHS, recently was named one of 722 semifinalists in the 2017 U.S. Presidential Scholars Program after being selected out of nearly 5,100 candidates across the United States.

After he completed an initial, thorough application with multiple essays, Morales was one of five seniors selected by the Texas Commissioner of Education to represent the state of Texas.

Now, the 722 semifinalists are under consideration with the White House Commission on Presidential Scholars, a group of 32 eminent citizens appointed by the President, and the decision will be announced by U.S. Secretary of Education Betsy DeVos in early May.

In its 53rd year, the U.S. Presidential Scholars Program is one of the highest honors bestowed upon graduating high school seniors. Scholars are selected on the basis of superior academic and artistic achievements, leadership qualities, strong character and involvement in community and school activities.

Morales is involved in the National Honor Society, DECA, Bell Crew and Student Council, and he serves on the FISD Strategic Planning Committee, the FISD CTE Advisory Board and the FHS Blood Drive Committee.

Looking beyond high school, Morales plans to major in Computer Engineering, and one day, he would like to design and develop consumer electronics for Apple.

When selected as Mr. FHS, Morales said his time at Frenship ISD has been one to remember.

“At FHS, I’ve gotten to work with some of the most amazing role models in my teachers and peers,” he said. “I have built lifelong friends and made hilarious memories. I have grown my skills in all practices through the leadership and guidance of the teachers, administrators, and other wonderful staff on campus.”

The U.S. Presidential Scholars Program was established in 1964 by Executive Order of the President to recognize some of our nation’s most distinguished graduating seniors for their accomplishments in many areas: academic success, leadership, and service to school and community. It was expanded in 1979 to recognize students demonstrating exceptional scholarship and talent in the visual, creative, and performing arts.

In 2015, the program expanded once again to recognize students who demonstrate ability and accomplishment in career and technical fields.

Annually, up to 161 U.S. Presidential Scholars are chosen from among that year’s senior class, representing excellence in education and the promise of greatness in America’s youth.

If Morales is selected as a scholar, he will be invited to Washington, D.C., in June for the National Recognition Program, featuring various events and enrichment activities and culminating in the presentation of the Presidential Scholar Medallion during a White House-sponsored ceremony.