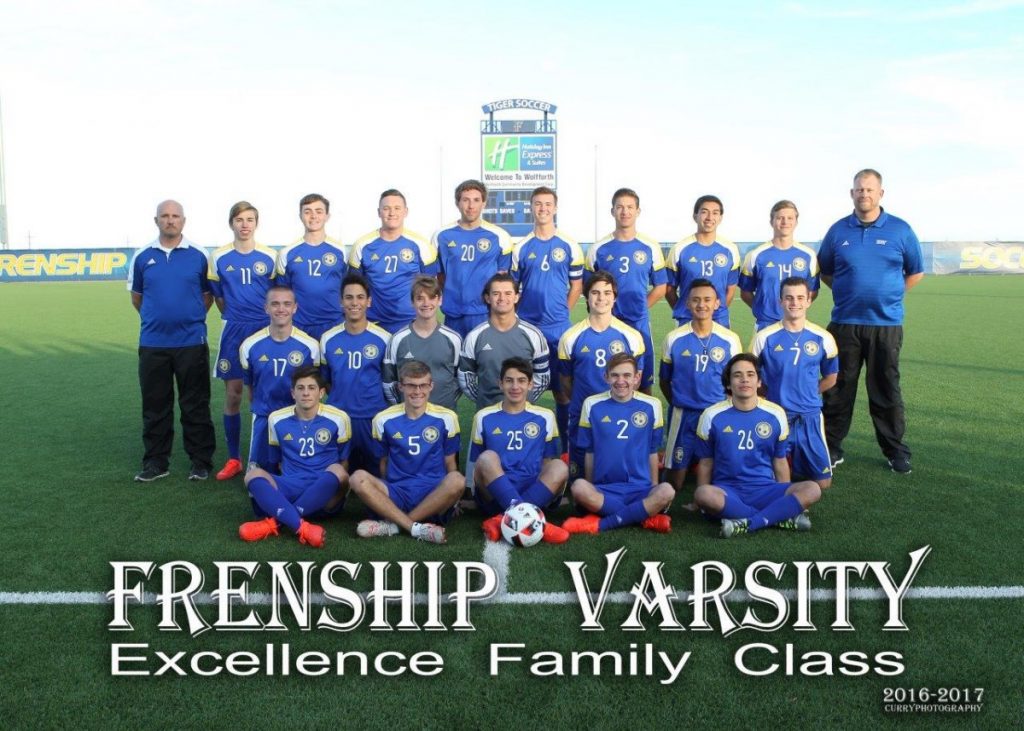 The Frenship boys’ soccer team had a statement weekend with an unblemished run and outscoring their opponents 9-1 through their three games at the West Texas A&M Invitational in Canyon.

Because of tiebreaker rules, FHS was not crowned the tournament champion, but their dominating performance was one that will boost the confidence of the Tigers moving forward.

Defense was the name of the game for Frenship on the weekend. The Tigers allowed only one goal in their three matches, and it came in an opening-round matchup versus Caprock. After the two teams battled to a 1-1 tie in regulation, FHS won on penalty kicks 7-6. Caleb Rogers scored the Tigers goal in regulation to force penalty kicks. Braxton Fleischhauer was named the Man of the Match for his goal-tending excellence.

Rogers would score Frenship’s lone goal in the team’s second game, a 1-0 win versus Borger. Taylor Duncan was the Man of the Match after the hard defensive battle came to an end.

The Tigers would get the offense rolling in their last game of the weekend as five different playes scored goals in a 7-0 shoutout versus Estacado. Magnus McSween, the Man of the Match, led the way with a hat trick three goals.

The tremendous weekend play by the Tigers moves their overall record to 7-1-1 on the season. Their next game is on Friday, February 3 in the district opener versus Odessa High. The match is set to begin at 7:30 at the Tiger Soccer Complex.

Man of the Match: Taylor Duncan

Man of the Match: Magnus McSween