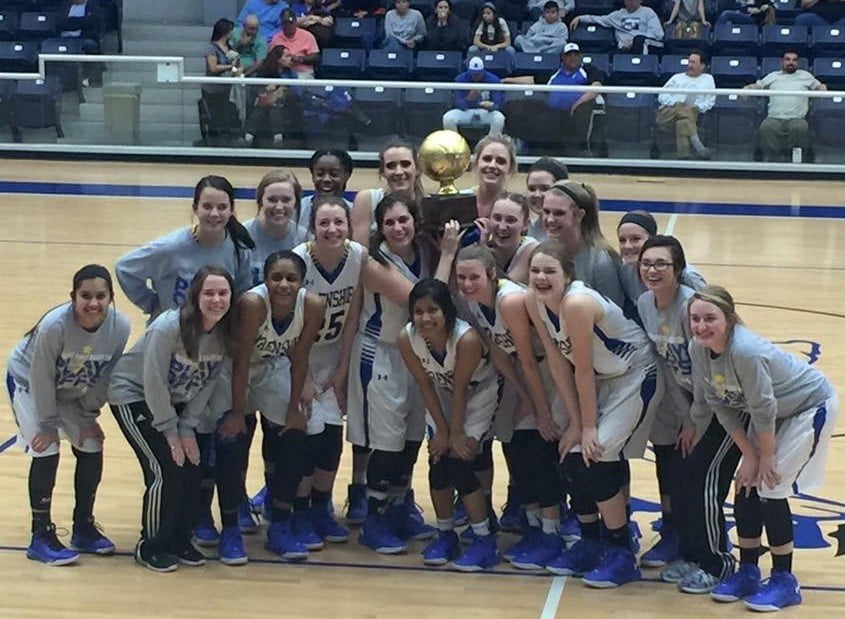 The Frenship girls’ basketball team put together a courageous comeback during the last three quarters to overcome an early double-digit deficit and capture a hard-fought 56-53 victory against El Paso Coronado in the Class 6A Bi-District playoffs Tuesday night in Fort Stockton.

After falling behind 23-12 early in the second quarter, the Tigers chipped away at the Thunderbird lead thanks to the hot three-point shooting of Abbi Braddock, 4-for-8 from deep, and by forcing 20 Coronado turnovers.

FHS pulled within five by halftime and four by the end of the third quarter, but it wasn’t until Desiree Caldwell’s only three-pointer of the game that gave the Tigers the lead at 46-45 with less than five minutes remaining.

Frenship is now 19-14 on the year and moves into the Class 6A Area playoffs versus Arlington Bowie. The game is Friday at 8:00 p.m. at McMurry University’s Kimbrell Arena.