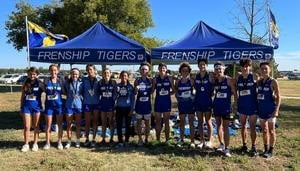 The Frenship Cross Country Team traveled to Amarillo on September 23 to compete in the Amarillo College Badger Run. The Tigers dominated the meet win first place for both the junior varsity and varsity boys and girls teams.