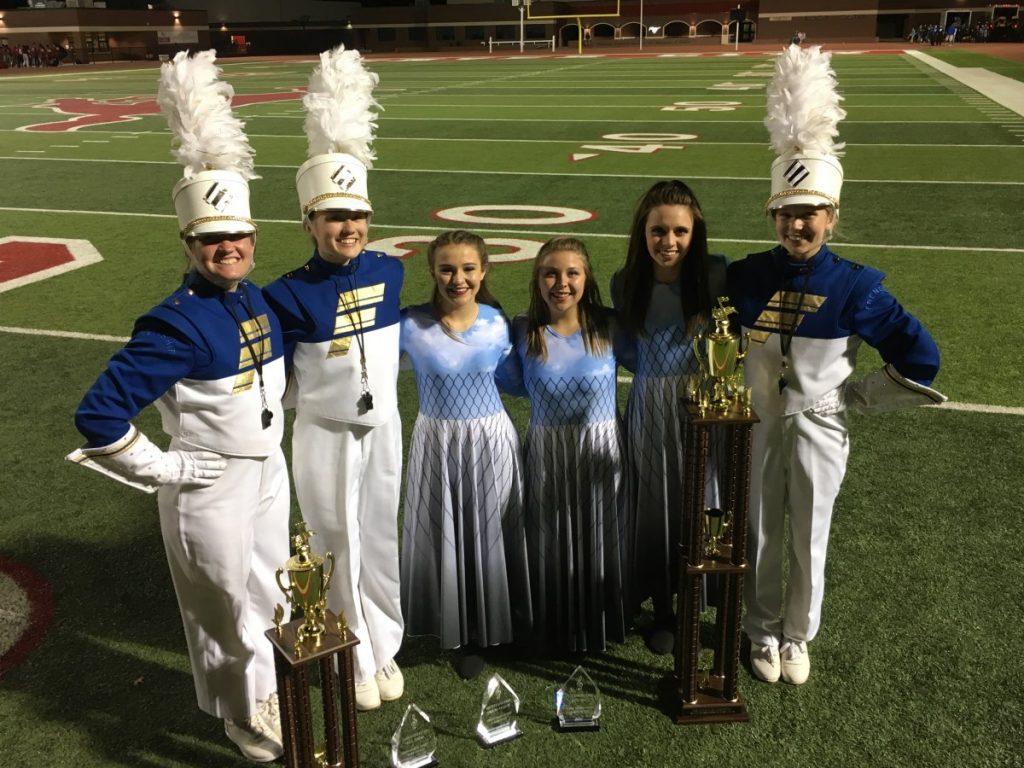 With their final event before the UIL marching contest season and a shot at their ninth state marching contest upcoming, the Frenship Tiger Marching Band showed they are once again ready to make a run at the highest prize of a state championship.

The Tiger Band captured numerous awards on their way to winning the Grand Champion Marching Band Award at the Tumbleweed Classic in Denver City on Saturday, October 15. Frenship was the high scoring band in both the afternoon preliminaries and the evening finals.

In addition to winning the Grand Championship trophy, many individuals were recognized for their outstanding performances.

The journey begins this Saturday, October 22 when they perform in the Region 16 UIL Marching Contest at Lowrey Field in Lubbock. FHS is scheduled to march at 11:45 a.m.

The Tiger Band’s competition show is entitled “Escape”. It is an exciting work that showcases the band’s talented musicians in three movements of music selected from band, orchestral and pop music classics. From the fantasy of “Pure Imagination” to the classics of Shostakovich’s Symphony No. 5, Song Without Words by Holst and To Tame the Perilous Skies by Holsinger.

If the band makes a Division One rating at the Region 16 contest, they qualify for the Area A competition on October 29 at Ratliff Stadium in Odessa. Bands competing at the Area A contest cover the entire Panhandle region including Lubbock, Amarillo, Abilene, San Angelo, Midland, Odessa and El Paso.

The highest scoring bands at the Area A competition will advance to the Texas State Marching Contest in San Antonio on November 8-9.

The Tiger Band has represented Region 16 and Area A in eight previous state marching finals. They are also pursuing a 24th consecutive UIL Sweepstakes Award this year.  Last year the band won this prestigious award by winning 1st division ratings at all three UIL competitions; Marching, Concert and Sight Reading.