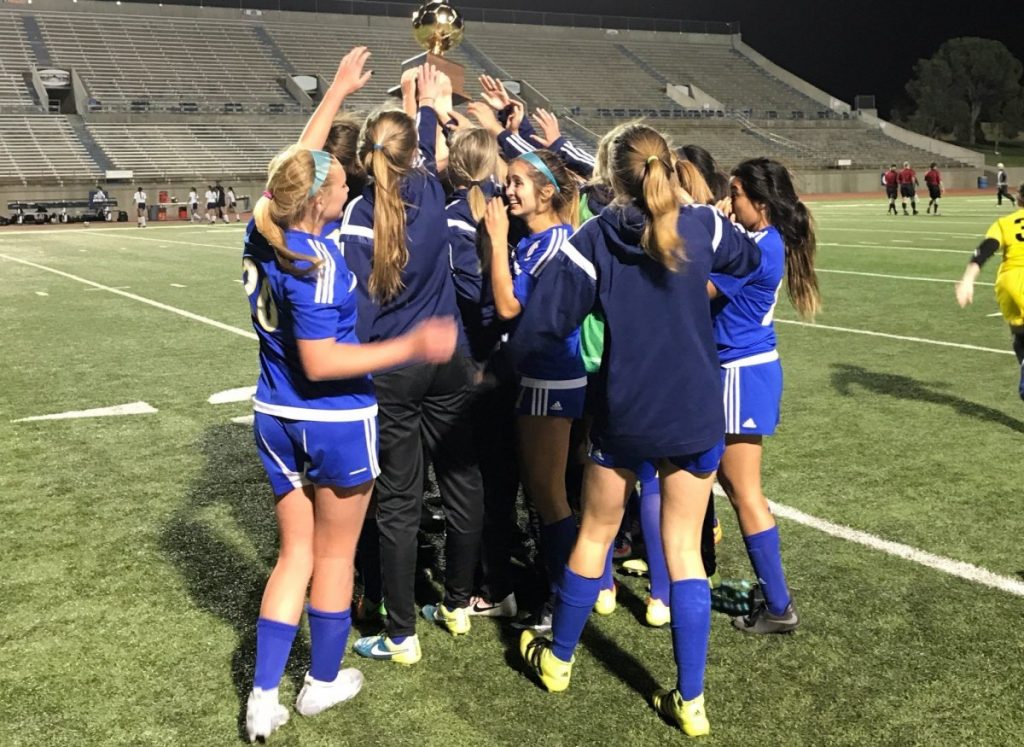 It took grit. It took determination. It took extra time on the scoreboard. In the end, it made history. After almost 100 minutes of playing time that produced a scoreless deadlock, the Frenship Tiger girls’ soccer team found a way to pull through and collect another postseason win.

In the sixth minute of the final ten-minute overtime period, Natalie Jones came up with a steal and possession of the ball, weaved through two defenders then kicked and scored from 30 yards out over the outstretched hands of the opposing goalie to break the game’s scoreless tie and propel the Tigers to a 1-0 victory over El Paso Franklin.

The win proved a historic one for the Tiger soccer program as it qualifies FHS for the Regional Tournament for the first time in their five-year history.

“It was big!” said FHS soccer coach Gery Joy whose team is now 22-2. “We are five years into fielding a varsity program so this is a special deal for us.”

Frenship put pressure on the Franklin all night collecting 29 shots compared to just 13 for Cougars. On the defensive side, Lexi Jackson was magnificent in goal again for the Tigers.

But nothing could find the back of the net for either team until Jones’s goal in the final minutes.

“That was a hard fought contest,” Joy added. “They have a really good defense that had only given up two goals on the year and a lot of that was that their goal keeper was pretty special.

“Natalie made a play and I knew she was going to get a shot off. The keeper just couldn’t keep it from going in the net.”

FHS held off a late charge by Franklin to seal the win and celebrate another gold trophy.

The Tigers’ magical run in the Class 6A playoffs now moves to the Region I Tournament and a Regional Semifinal match versus Southlake Carroll (20-1-2). The match is Friday, April 7 at 4:30 p.m. at Grande Communications Stadium in Midland.

The winner will move into Saturday’s Regional Final versus the winner of the other semifinal game featuring Flower Mound Marcus and Keller.