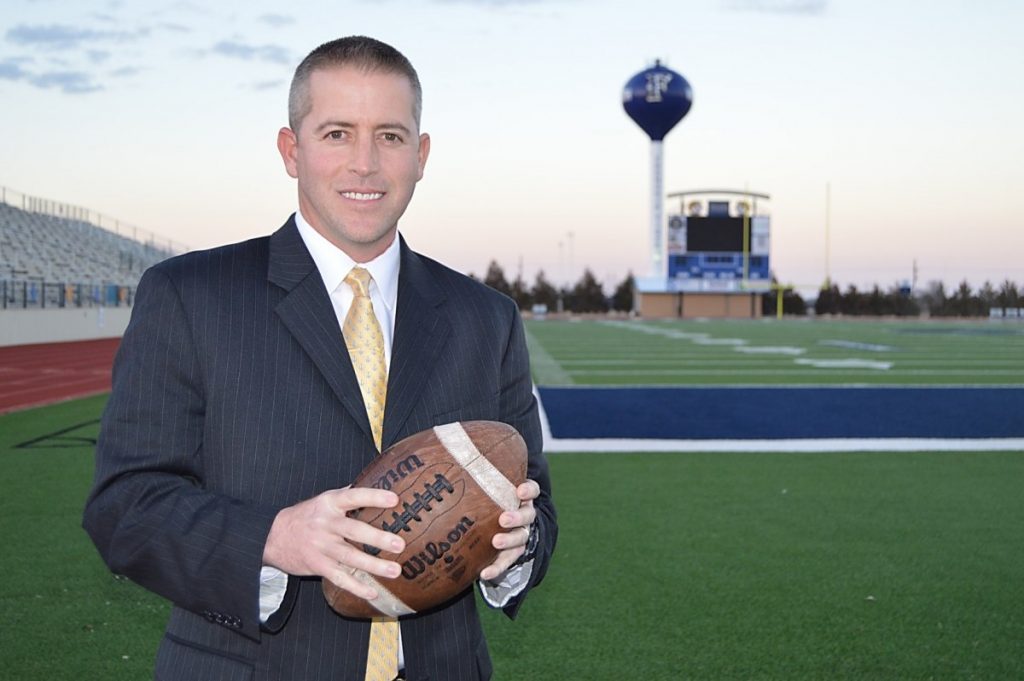 Jay Northcutt, a West Texas native is returning to the South Plains as the new Head Football Coach at Frenship High School.

“Words can’t describe how excited I am,” Nortchutt said. “I feel very blessed, honored, and humbled to be given the opportunity to lead the Frenship football program that has such tradition and history of success.”

Northcutt comes to Frenship from Garland ISD’s Sachse (SACK-see) High School where he served as offensive coordinator from 2013-2016. During that time, Sachse won 35 games and ranked in the top five in total offense among Dallas-Fort Worth metroplex schools each of the four seasons.

In 2016, Northcutt’s offense at Sachse averaged more than 40 points and finished as the DFW area’s second leading offense in total yards with 483 per game. The Mustangs were 11-1 with their only loss coming to eventual state finalist The Woodlands in the Class 6A Division I area playoffs.

“Coach Northcutt’s passion, exciting personality and knowledge of success fit perfectly within the profile of what this district was searching for to lead the Frenship Tiger football program,” said Catney. “He is bringing a positive change of philosophy and culture, and his involvement in constant positive experiences as a football coach makes him the best candidate to lead our program and athletes.”

Northcutt’s history of gridiron achievement includes a successful high school and collegiate playing career. A 1994 Plainview High School graduate, he helped the Bulldogs to an 11-1 record during his senior season. After graduating from Plainview, he played defensive back at West Texas A&M University in Canyon from 1994-1996.

“I grew up in the Texas Panhandle and feel like I am coming home,” Northcutt added. “I am so fired up about my family being a part of the Frenship community and the district. I can’t wait to get started and meet our students and community.”