Historic Season Comes to an End for Tiger Basketball 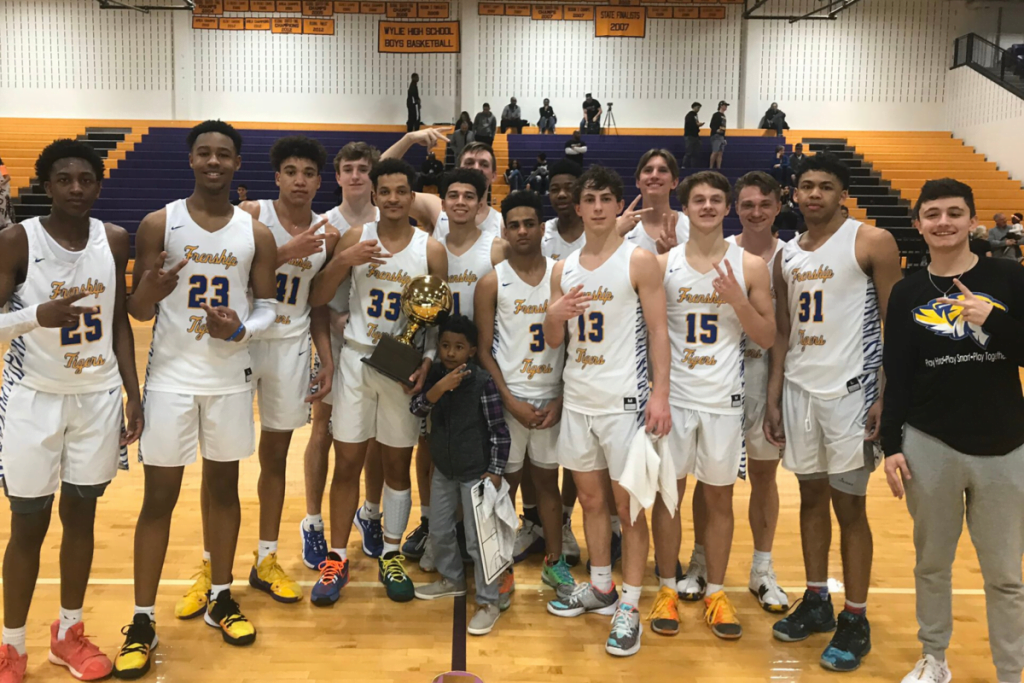 The Frenship Boys Basketball team saw their season come to an end last Friday night at Kimbrell Arena on the campus of McMurry University. The Tigers battled fiercely against the Arlington Bowie Volunteers but struggled to find a scoring rhythm on what was a hot shooting night on the other end. Ultimately, Bowie took the 65-55 victory but Frenship never let up for a moment draining threes in the waning moments to punctuate a 27-9 season.

Seniors Jordan Palmer and Donovan Smith led the way offensively and off the glass both tallying double doubles on the evening. Palmer finished with 17 points and 15 rebounds to lead in both categories and Smith tacked on 14 points and 14 rebounds as well. Noble Robinson was the other Tiger in double digits scoring 10 on the evening. Defensively Robinson and Palmer both chipped in 3 deflections apiece and Jastyn Garrett and Jeb Smallwood both poked away two steals for Frenship.

The Tigers playoff run included hard-fought victories over El Paso Coronado in the Bi-District round and the Haltom Buffalos in the Area round. While their season came to a close in the Regional Quarterfinals, the Tigers accolades have only continued to grow following their exit from the playoffs.

District 2-6A Newcomer of the Year
Donovan Smith, Sr.