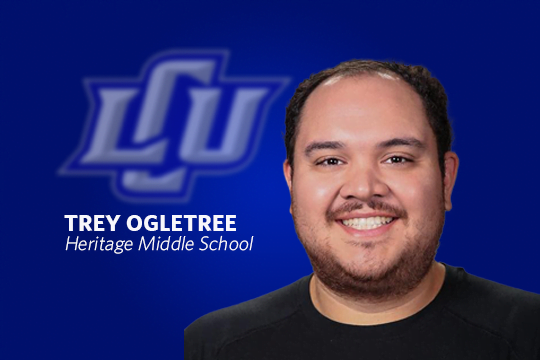 Frenship ISD is proud to announce Heritage Middle School math teacher Trey Ogletree has been selected as a 2023 Lubbock Area Distinguished Educator and finalist for the Lubbock Christian University Award for Excellence in Teaching.

Fourteen educators, one from each Frenship campus, were nominated for the honor. After a thorough selection process, Ogletree was chosen to represent the district as Frenship’s nomination for the LCU Distinguished Educator.

Ogletree teaches sixth grade math and honors math at Heritage Middle School. He is entering his ninth year as an educator, and second year as Frenship Tiger.

“Trey treats each one of his students with great dignity and respect. He has helped us create a positive environment that is centered around serving our students and community,” said Heritage Middle School Principal Chelsey Campbell in her nomination letter. “Trey creates a welcoming learning environment for all students, and student growth is always at the forefront of his plans.”

Ogletree is described as a dedicated and compassionate educator who exemplifies what it means to live the Frenship Way and the district’s vision of “Seek Perfection… Capture Excellence”. In addition to his work with students, Ogletree also helps coach and train student teachers and staff at Heritage and other campuses.

“During his time at Heritage, Trey has been revered as a fantastic teammate. He is always exceptional in everything he does. His quick wit, attention to detail, and loyalty to his students have endeared him to his colleagues for years. He is a true champion for education with a tireless commitment to serving our students,” said Campbell.

Chosen as Frenship’s distinguished educator, Ogletree will join other nominated, area teachers for the chance to be selected as LCU’s Award for Excellence in Teaching. That award will be chosen later this school year. 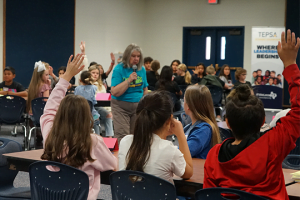