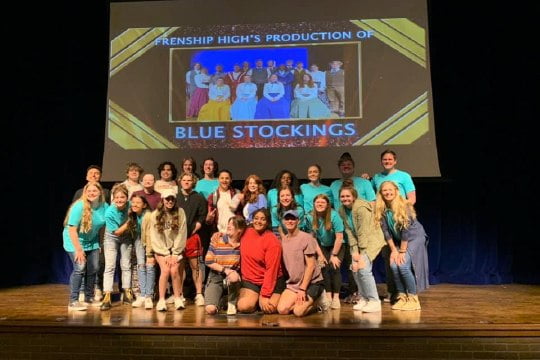 “Blue Stockings” is a play set at Girton College, Cambridge in 1896. The title “Blue Stockings” refers to a derogatory term from that era for female intellectuals. The play involves four talented female undergraduates and their campaign to be treated like their male counterparts.

The Regional competition will be held on Friday, April 16 in Keller, TX.

Frenship Theatre Director Jacob Lierman said he is ready to see what the Regional competition is all about.

“I could not have been more proud of the performance our cast put on the stage at Bi-District,” Lierman said. “I cannot wait to take our show to the metroplex and show them what West Texas theatre looks like.”