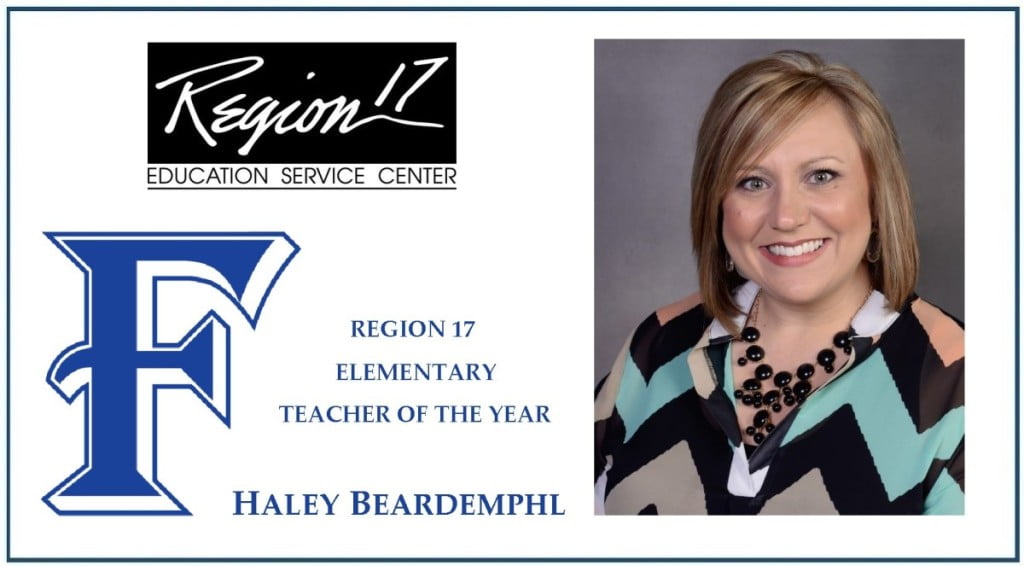 “I was delighted to learn of Haley’s well deserved accomplishment of being named the Region 17 Elementary Teacher of the Year,” stated Dr. Michelle McCord, Frenship ISD Interim Superintendent. “She is a dedicated educator with a heart of service. We are thankful to have her on our team.”

Beardemphl is a six-year veteran teacher at Crestview and has taught second grade her entire career. She received her Bachelor’s degree in Multidisciplinary Studies from Texas Tech University in 2009 and began teaching at Crestview the following school year.

“To say Haley Beardemphl is a dedicated teacher is an understatement,” added Stacy Davis, Crestview principal.  “Haley exudes characteristics of passion, commitment, enthusiasm, honesty, loyalty, and most important, love. She truly is a gift for teaching students.”

Representatives from Region 17 will recognize Beardemphl for this honor during Frenship ISD’s annual Convocation on Monday, August 17.