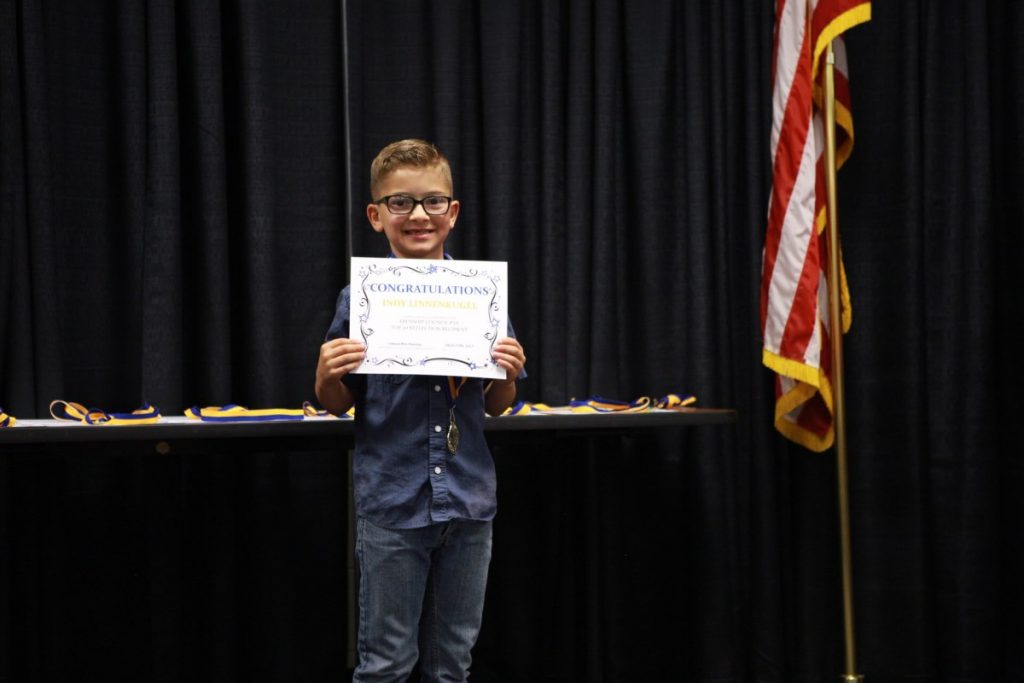 Nikolus “Indy” Linnenkugel, a first grader at Oak Ridge Elementary, received the Award of Excellence at the National PTA Reflections competition, which is the highest award possible to receive in his category and age level.

In a competition where tens of thousands of students across the country submit their projects, Nikolus “Indy” Linnenkugel, a first grade student at Oak Ridge Elementary, has received the Award of Excellence in the Film Production category within the Primary Division for the National PTA Reflections program.

Indy is one of only two students from Texas within the Film Production category to receive this prestigious honor.

The National PTA Reflections program offers local, regional, state and national opportunities for young artists in Pre-K through 12th grade to be recognized for their creativity in areas of dance choreography, film production, literature, music composition, photography and the visual arts.

Entering the competition for the second year in a row, Indy made a short film called “My View” for this year’s theme “What is Your Story?” where students were encouraged to tell their story in a creative way.

The video starts out with Indy doing your everyday, average day kid activities, including playing soccer, completing chores, reading and more, and then halfway through the video, half of the screen is covered up.

This is how Indy sees the world every day.

When Indy was four, his mom, Jordan Linnenkugel, said his family noticed that he could not see out of his left eye. The blindness was caused by a neurological disorder, but his sight has gotten better over time.

The film shows a different perspective that is easier to show than to explain.

“I was so excited for him when we found out that he received the national award,” said Jordan. “But even more so, it’s humbling to see how much he has overcome despite his extra hurdles. You would never know he saw the world any differently than the rest of us, unless you actually get a chance to ‘see’ it from his eyes.

“I think that’s why this video was so special for him. He got to share that part of himself.”

Indy’s father, Niki Linnenkugel, said he is so proud of his son for putting his heart into the film and is excited that everyone else got to see things through Indy’s perspective.

This isn’t the first time Indy has won an award though for his films. Last year, Indy also won second in the state for another film submission he created.

Winning a national award in addition to winning state though is something a first grader should be very proud of.

“I’m really excited that my video made it so far, because that means a lot of people got to see my story,” Indy said. “I hope it helps someone else feel better about their challenges.”

All of the 2017 winning works will be previewed and on display digitally at the National PTA Convention and will first be revealed in a special exhibit at the U.S. Department of Education in Washington, D.C.

Indy also has been invited to the PTA Reflections award ceremony in Las Vegas, Nevada, this summer.