Culinary Arts Students Go Around the World with Final Project 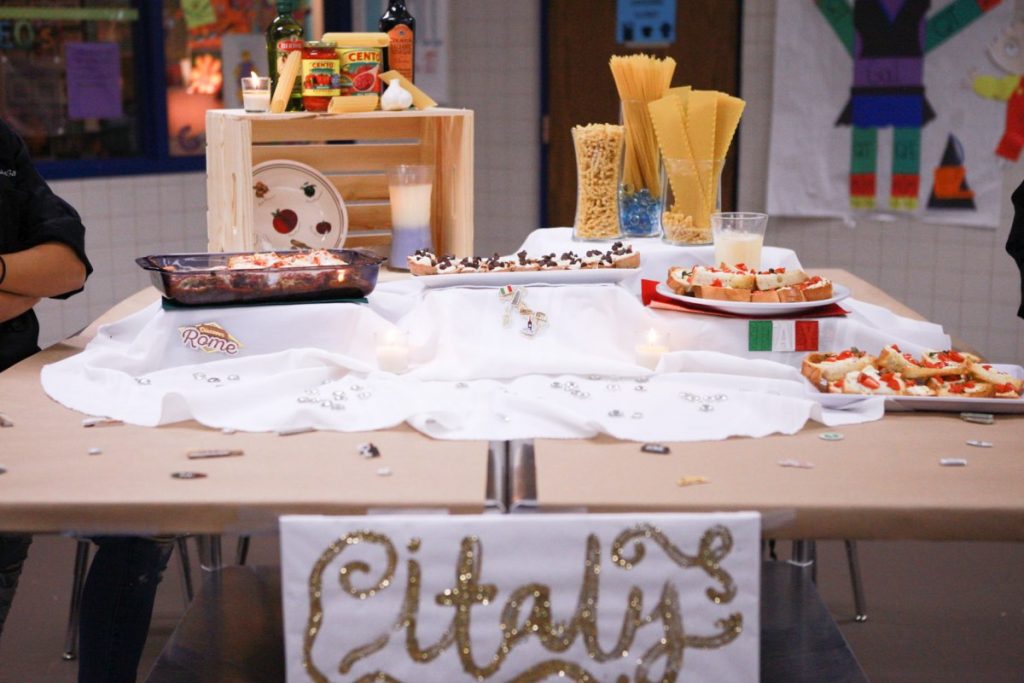 The Frenship High School Culinary Arts 2 class chose different countries to study about and created foods that originated within those countries.

From Italy to Ireland, Japan, India, Brazil and more, Frenship High School’s Culinary Arts 2 students took their fellow classmates and teachers around the world in one hour as they presented facts about different countries and also prepared food that originated from each location.

Students worked on the project for two weeks to create their own displays, plan their own menus and come up with a variety of facts to present for their final project of the year.

Culinary Arts teacher Emily Funk said this project allows students to apply all of the knowledge they have gained this past year by starting from scratch and coming up with foods and ideas that are all their own.

The displays were creative as students made cherry blossom trees out of duct tape, a 3D elephant out of foil, trees out of paper, cardboard and more.

Walking up to each display felt like you were actually visiting each country to learn about them and eat many different foods from around the world.

Frenship’s Culinary Arts program is a part of the district’s Career and Technical Education.

At the high school, students are equipped with a full, commercial-sized kitchen in which they create foods and menus for catering events, showcases and more.

This past school year was the first year Frenship High School had the commercial-sized kitchen, and Funk said she looks forward to growing the program to serve the district and community more.