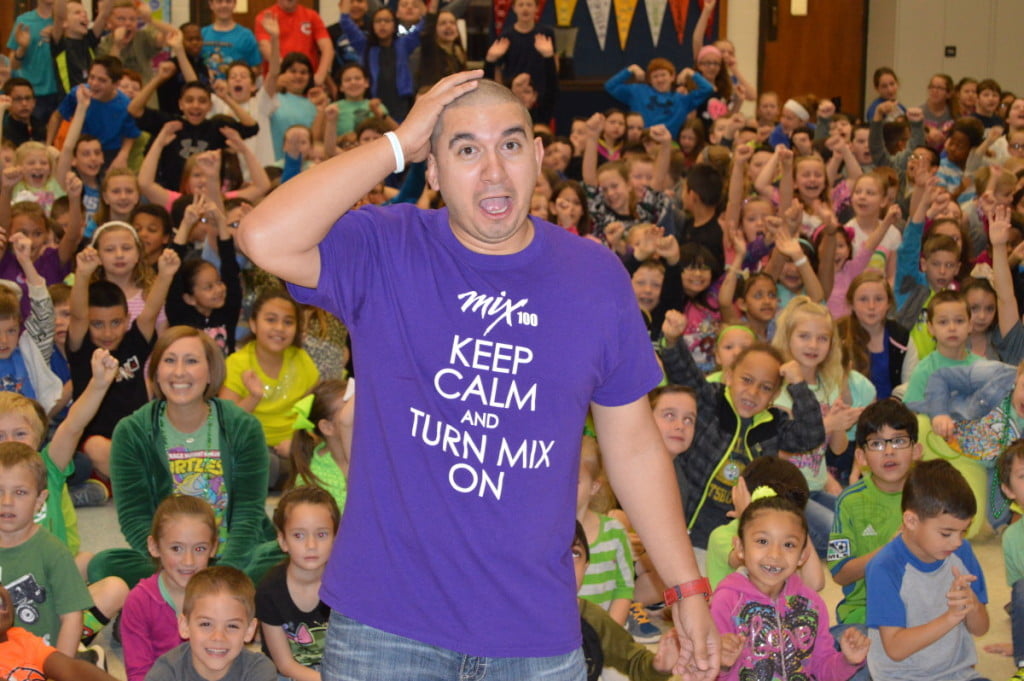 That was the collective chant of the students of Crestview Elementary Friday morning as they waited with anticipation for their school’s Miracle Pennies reward.

The students of Crestview led all South Plains schools by raising 3,978 dollars during the Children’s Miracle Network miracle pennies drive last month, and their reward for a job well done included shaving the head of Mix 100 radio personality Kaden in front of the entire student body.

Crestview’s donation along with the contributions from all Frenship ISD campuses totaled 20,706 dollars, nearly half of the 43,000 dollars raised on the South Plains this year.

NewsChannel 11 Sports Director Pete Christy and Crestview student Taylor Cunningham, a 2015 Miracle Child, did the honors in turning Kaden into a peach-fuzzed marvel.

“It feels weird.  I haven’t had a haircut like this since I was seven,” said Kaden.  “This is kids helping kids, and that’s what it’s all about.  They raised over 40,000 dollars with those miracle pennies this year.  They did it, and it was awesome.”

“Crestview did a great job raising this money for Children’s Miracle Network, they are the real winner,” added Christy.  “And for Kaden, I’m just glad he’s on the radio because that haircut wouldn’t fly on TV.”

“I want to thank everyone so much for all that you did to make the 2015 Miracle Pennies Program the most successful ever,” said Kathy Reasoner, Children’s Miracle Network Director.  “We had more schools and raised more money, over 43,000 dollars, for local kids that will be served by University Medical Center Children’s Hospital, and Crestview Elementary did a great job leading the charge and raising $3,978.”