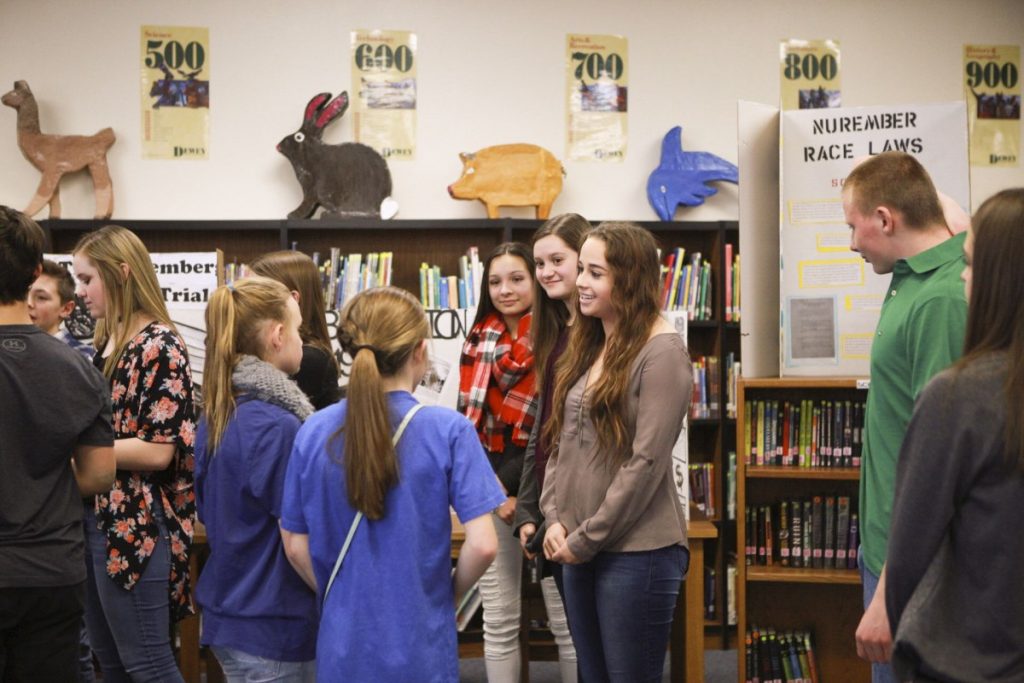 After reading “Night” by Elie Wiesel, students at Frenship Middle School made their own Holocaust museum over important themes, dates and places during the tragic genocide.

Romanian-born American Jewish writer and Nobel Peace Prize winner Elie Wiesel is a name a lot of people recognize across the world. His best-selling memoir “Night” tells a haunting story of life during the Holocaust through his eyes as he and his family were placed in concentration camps, including Auschwitz and Buchenwald, and the six million lives lost in the tragic genocide.

With the indelible tattoo “A-7713” on his arm, it was his story that inspired teachers and students at Frenship Middle School to create a Holocaust museum in the school’s library.

English Language Art and Reading teachers Lindsey Dorrity and Amy Williams teamed up to get eighth graders involved in creating the museum. Dorrity, who had taught at another district, did the project before and said it always is a time for students to apply their knowledge they learn from Wiesel’s memoir.

From the Berlin Olympics to Adolf Hitler’s rise to World War II, concentration camps, burning books, post-war Germany and more, groups of students were given different topics to research and present at the museum.

As students filled the FMS library, the eighth graders guided other students through the museum and explained their topics, answered questions and provided various facts that surrounded the infamous time period.

FMS Principal Jerry Jerabek said this museum teaches students speaking skills as well as collaboration and communicating with others.

The students were very well-versed and spoke about their according topics with the knowledge they gathered after reading Wiesel’s memoir.

On Wednesday (Feb. 15), the museum opened up to parents that evening where students took their parents on a tour of the museum.