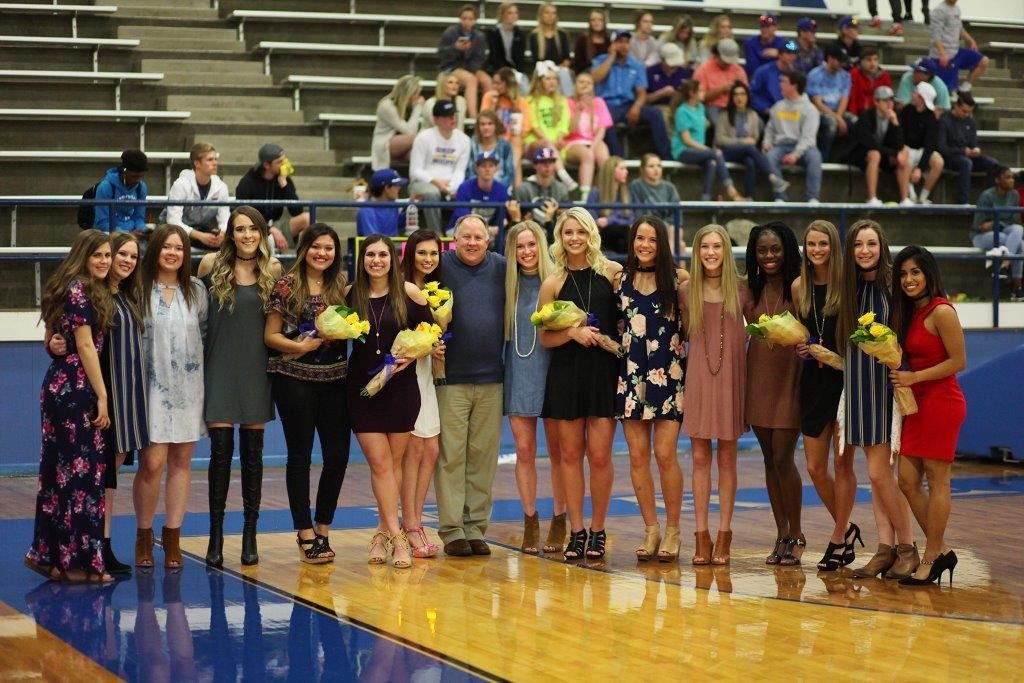 It was a night of celebration for the Frenship girls Tuesday night at the Tiger Pit. On Senior Night 2017, FHS clinched the district championship with an impressive 56-37 win versus Midland Lee.

After a slow start that saw the Tiger trail by as many as 10 points, Frenship used a late run in the second quarter to pull back within four at the halftime break. The second half was all Tigers on the home floor as they outscored the Lady Rebels 37-14 in the final two quarters.

Three Tigers finished in double figures in scoring led by senior Margaret Gaydon with 16 points. It was a special night for Gaydon and her senior teammates Alex Barinque, Addison Foster, and Abbi Braddock who finished out their careers at the Tiger Pit in style.

The Tigers finished as district co-champions with Tascosa and will be the second seed in the playoffs after Tascosa won a coin flip for seeding.

The Tigers wasted little time jumping out in front of the visiting Rebels and cruised to a 23-point victory Tuesday at the Tiger Pit.

FHS scored the first nine points of the game and led 19-7 at the end of the first quarter. They put the game on ice by outscoring Lee by 12 points in the third quarter as well.

FHS celebrated senior night while finishing off a perfect week and a sweep of the Tall City high schools with a 65-54 win versus Midland High Friday at the Pit. The win clinched the third-place playoff seed in the Class 6A playoffs.

The Tigers broke open a one-point halftime lead by holding the Bulldogs to five points in the third quarter and opening up a nine-point lead.