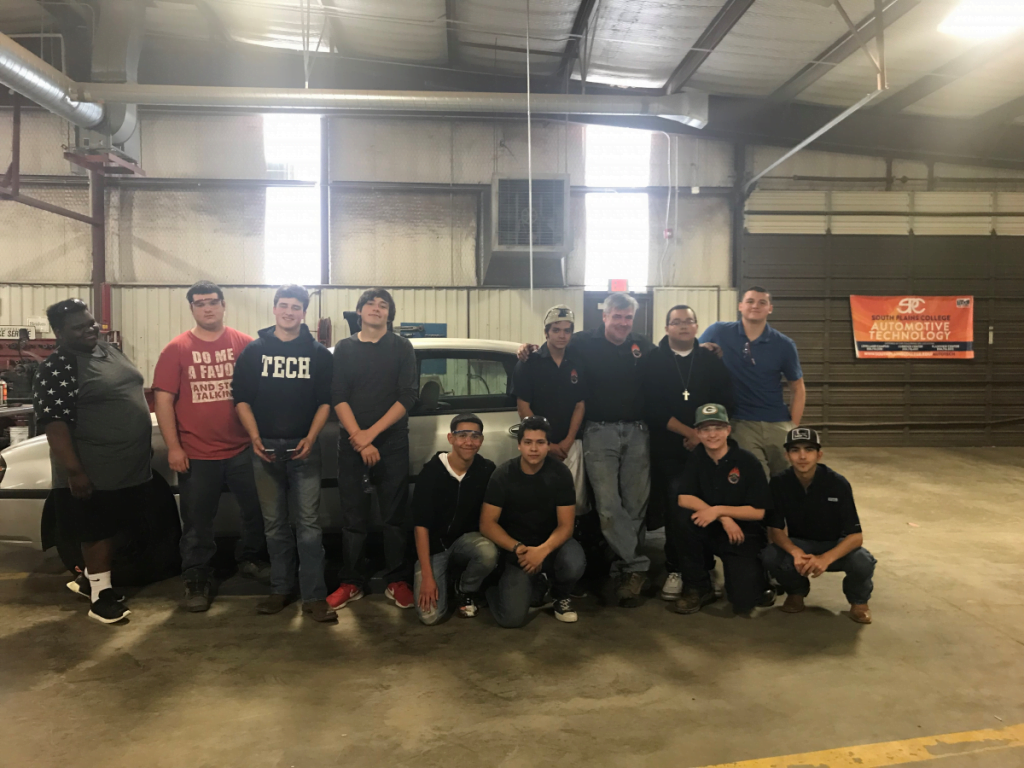 The students at FHS challenged their teacher in a high-stakes skills competition.

After several weeks of practice, students in Dana Vinson’s automotive basics classes became very confident in their ability to rotate and balance tires. After several confident conversations, the students placed a bet with their teacher.

If the students could rotate and balance the tires faster than Vinson, Vinson would sport a bald head. If Vinson rose victorious, the students would acquiesce to shaving their legs.

On the day of the challenge, students, teachers, and curious onlookers gathered in the auto tech garage to watch the competition.

After getting off to a rocky start, the automotive basics students sped through the process of removing, balancing, rotating, and double checking all four tires.

They clocked in at 16 minutes and 44 seconds.

Despite taking on a group of students, Vinson began his half of the challenge with lightening precision. The first-year auto tech teacher removed all four tires in just under a minute.

However, Vinson began to sweat as he waited for the machine to calibrate the balance of the tires, and he rushed to get each tire back in place. The students had an obvious advantage in this area due to their multiple-person team.

At the end of his challenge, Vinson heard his time called out: 13 minutes and six seconds.

Exhausted, Vinson relished in his victory- and reminded his students to sharpen their razors. 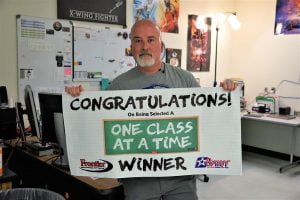 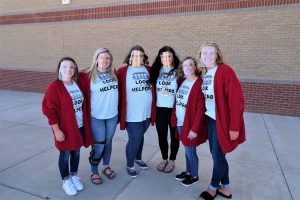 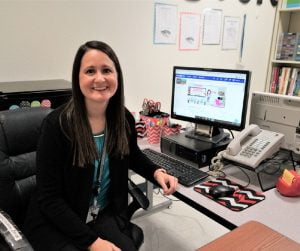 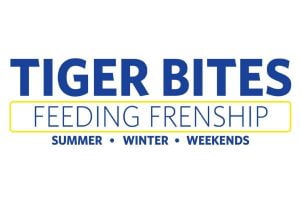 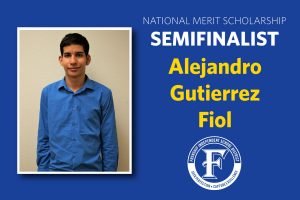 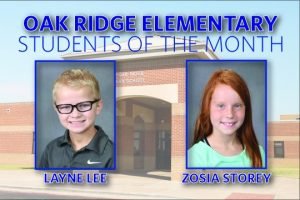 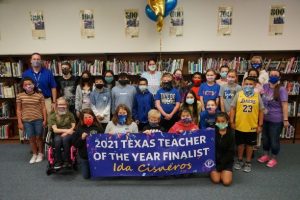