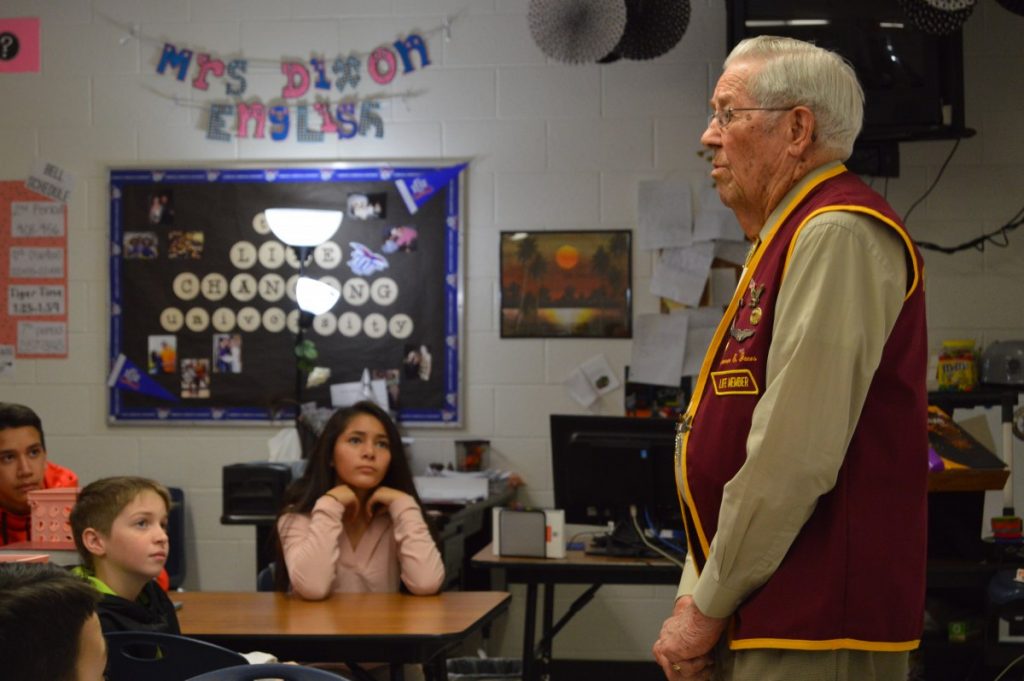 As part of an interdisciplinary study of excerpts from the historical non-fiction novel Unbroken, 7th grade ELAR students had the opportunity to gain first-hand insight into the life of a WWII Veteran.

95-year-old WWII veteran Homer Jones stood before the class to recount his travels from Lubbock, Texas to his eventual plane failure and capture in Italy at the hands of German troops in Italy.

Students sat mesmerized as he recounted the tale of escape from a POW camp in Belguim after 8 months in captivity. Mr. Jones bravely recounted the mental and physical toll that his capture took.

After listening to Mr. Jones personal experience as a soldier in WWII, students reported that they felt like they had a deeper understanding of the war that happened more than 6 decades before they were born.

“At first it was hard to believe that his story was real,” said 7th grader Kaia Moore.

“With all of the detail he gave, it feels more like the war really happened. I feel really lucky that he came to us just to tell his story,” said Moore.

After returning home from the war, Mr. Jones married his wife (now of 73 years) and became a teacher and a preacher.

Frenship ISD would like to thank Mr. Jones for his service to our country and his continued dedication to educating young people. 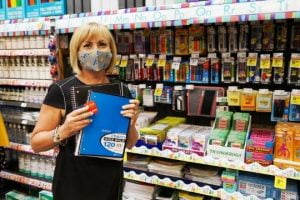 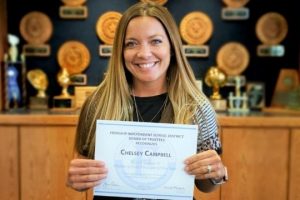 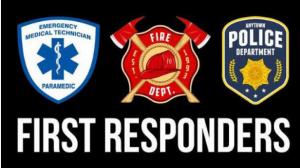