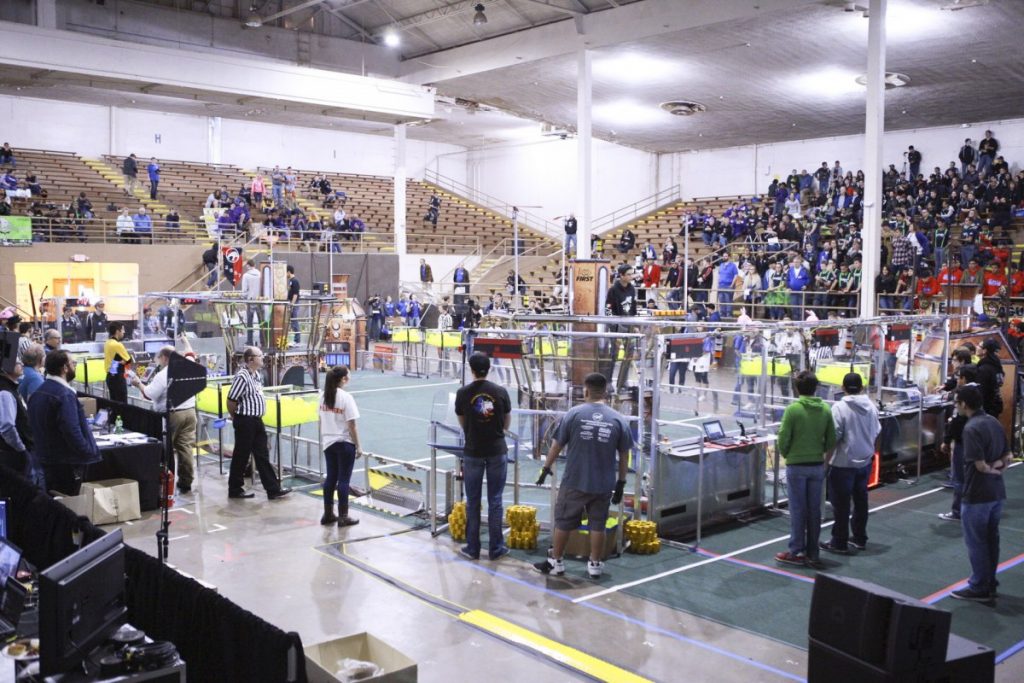 The team was consistently ranked in the top 15 throughout the qualifying rounds and then lost in the quarterfinals in a tiebreaker.

It was an exciting weekend for Frenship’s Fe (Iron) Tigers robotics team as they advanced to the quarterfinals of the FIRST Hub City Regionals robotics competition before their alliance lost in a tiebreaker.

This was the second year the Fe (Iron) Tigers competed in the regional competition and was ranked in the top 15 throughout the qualifying rounds, which consists of 80 matches.

Teams had to work together in alliances to make their robots perform and succeed in certain tasks, including maneuvering gears, picking up and shooting whiffle balls into a goal, climbing a rope and more.

The Fe (Iron) Tigers is a part of the Frenship Engineering program (hence the “Fe” in the team name). Frenship Engineering began in 1987 by Frenship High School and focuses on helping students better themselves in the S.T.E.M. (science, technology, engineering and mathematics) field through hands-on learning, including building and exploring the real world aspect of a working environment.

For the robotics team, which consists of 25 students, each student plays a certain role to help the team be successful, including a president, vice president, secretary, construction manager, shop manager, programmers and more.

Most of the students on the robotics team work 10-20 hours a week when preparing for competitions.

Congratulations to the Fe (Iron) Tigers on performing so well during the Hub City Regionals!